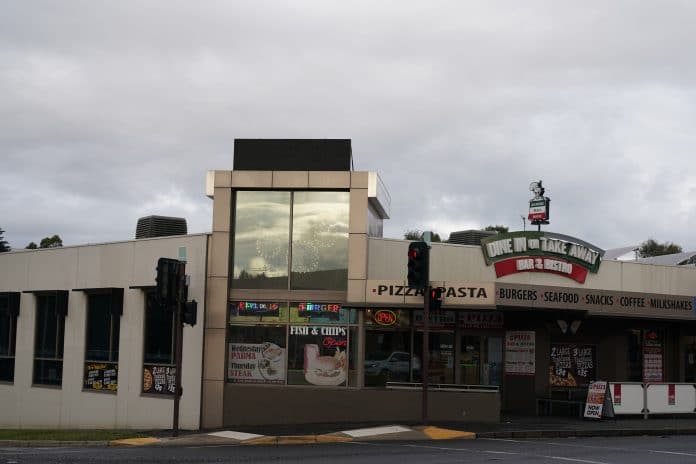 MITCHELL Shire Council has knocked back a retrospective planning permit application for an electronic sign atop a building in Kilmore’s Sydney Street, with councillors claiming it flew in the face of the historic nature of the town’s central precinct.

The application was for an advertising sign at 66 Sydney Street at its intersection with Union Street.

The 2.9 by 0.9-metre sign, which would provide advertising for both Kilmore Pizza and Pasta House and Kilmore Cellars bottle shop, was built in 2019 but has not been operated since, with the building owner applying for a retrospective planning permit.

Councillors rejected the application on the grounds that it would detrimentally affect the historic character of the Kilmore town centre precinct and clutter Sydney Street’s skyline.

“It’s important to remember that Kilmore is Victoria’s oldest inland town and has a heritage overlay, so it’s very important that we protect and value that heritage,” he said.

“If landowners and businesses are looking for some inspiration for where they should be heading, the Sydney Street rejuvenation program … has some excellent documentation and would help guide sympathetic signage and displays for businesses.”

Cr Louise Bannister said she supported local businesses but an electronic sign was not right for the area.

“You don’t necessarily need to have big, flashy signage to get business,” she said.

“There are multitudes of ways to attract customers and provide a sympathetic and beautiful aesthetic to the historic nature of Sydney Street.

“We all know that [Sydney Street has] had a rough few years and the aim is to get it back on track and, with the rejuvenation, back to its roots.

“We want to give it more of a historic lift, which it’s well overdue for. We need the shops and businesses on the street to hopefully embrace that change, because it’s only going to be beneficial for them in the end.”

Cr Bannister said allowing gaudy electronic signs on Kilmore’s main street would make it no different to the suburbs of Melbourne.

“People want to go there to enjoy that [historic] aesthetic and that feel because it’s something different,” she said.

“Bright, flashy signs are everywhere. They’re in all the new areas that are being developed. People want something different to go to.

“The aim in the end is to get these businesses more customers coming to the area. It’s [a decision] that is looking to the longer-term and how we can boost the area as a whole.”