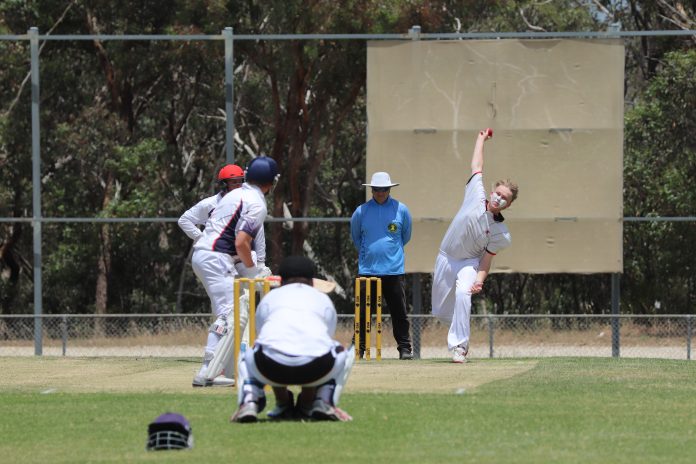 BROADFORD finished the year with a flourish, defeating Tallarook to remain in second place on the Seymour District Cricket Association A Grade ladder.

Playing on the road against perennial powerhouse Tallarook, the home side started strongly with opener Cam Muir making nearly a run a ball, but fellow opener Leigh Irving struggled to get off the mark.

It was the breakthrough the visitors needed, as Tallarook skipper Lachie Watts, batting at number three, fell for a rare duck and Kalon Winnell joined him in the sheds soon after for the addition of only two runs.

Tallarook stabilised when Andrew Dundon joined Muir in the middle for a 39-run stand, but Broadford bowler Jack Connell turned the match in his team’s favour with a strong spell, bowling Muir for 72 before inducing both Dundon (25) and Paul Arandt (9) into poor shots.

Shell and Riley Nolan helped clean up the Tallarook tail, bowling the side out for 150 with only three balls left.
Connell and Shell shouldered the bulk of the bowling duties, finishing with 3/29 and 3/25 respectively, while Nolan had 2/29.

Broadford was methodical in reply, losing wickets at regular intervals but getting runs from nearly all of its top and middle-order batsmen.

Riley Mason and Gareth Sharp put on 33 runs for the first wicket before Sharp was caught off the bowling of Irving for 19.

Mason was stumped by Tallarook keeper Corey Jones off Watts’ bowling for 19 soon after, and when first-drop batsman Mitch Collier fell for only two runs, Broadford looked vulnerable at 3/50.

Cooper Mason (19) and Connor Stute (36) put the visitors back on track with a 42-run fourth-wicket stand, and unbeaten late-innings contributions of 21 from Nolan and 16 from James Jones were enough to see Broadford to 8/151 with more than nine overs to spare.

The result leaves Broadford within striking distance of undefeated ladder leader Eastern Hill, with all teams having played each other once.

Kilmore also kickstarted its sputtering season with an 85-run win against Seymour, led by 67 runs from Dale Tassone and strong bowling performances from skipper Josh Buttler (3/32) and Mitch Van De Duim (3/21).
Tassone’s contribution with the bat was supported by opener Ryan Cumberland (29) and Ben Dawson (32) to help

Kilmore post 9/186 from its 45 overs, and the visitors bowled Seymour out for 101 in reply.
Reigning premiers Yea Tigers barely missed their second win of the season against Eastern Hill, which made 5/169 after winning the toss and batting.

In reply the Tigers finished 8/166, failing to find the winning runs in the final over.

The competition will resume on January 8, with Broadford hosting Yea Tigers, Eastern Hill taking on Seymour at Kings Park and Tallarook travelling to Kilmore.