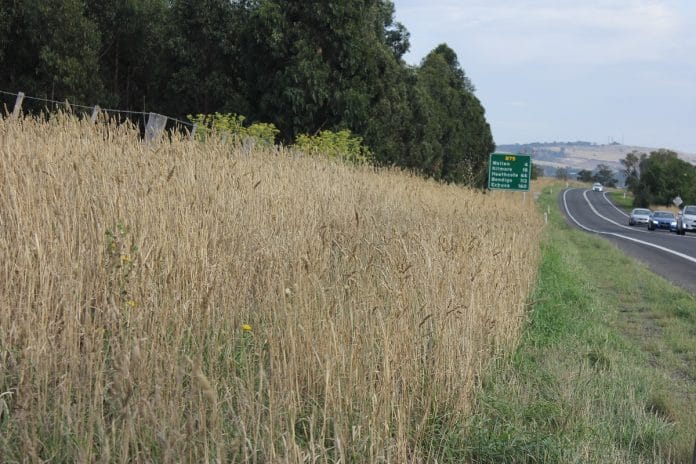 LONG dry grass along the Northern Highway is causing fire safety concerns for Wallan residents, with February and March expected to be the worst months of the bushfire season.

The resident, who does not wish to be named, said she was concerned about the fence-high grass that could be catastrophic for the town.

“I’m concerned knowing the bushfire season is yet to come,” she said.

“A grassfire in the township of Wallan would be horrendous with four petrol stations in the main street.”

The resident said she had written to VicRoads and state MPs over one year ago and the long grass remained an issue.

VicRoads is responsible for roadside clearing along major roads, including the Northern Highway, but acting regional director Barry Green said the grass did not need cutting.

Mr Green said VicRoads prepared for the fire danger period all year round through roadside maintenance, clean-ups and assessments.

“We also cut thousands of kilometres of roadsides across the network to maintain visibility at intersections, reduce fire risk and ensure roadside signage is visible,” Mr Green said.

“Our crews carry out risk assessments across the network, including on the Northern Highway near Wallan, and at this stage additional cuts aren’t needed however we’ll continue to monitor the area closely.”

The concerned resident also highlighted concerns for tall, dry grass metres away from the kindergarten on the corner of Taylor’s Lane.

“I can remember with the Black Friday fires, I looked towards the east and the hills were on fire,” she said.

“When I woke the next morning I thought that was so stupid going to sleep with the smell of smoke thick in the air and the hills on fire. I don’t ever want to witness that again.

“I just can’t believe that no one wants to take responsibility or duty or care to the residents of Wallan.”

City of Whittlesea embraces This Girl Can Week