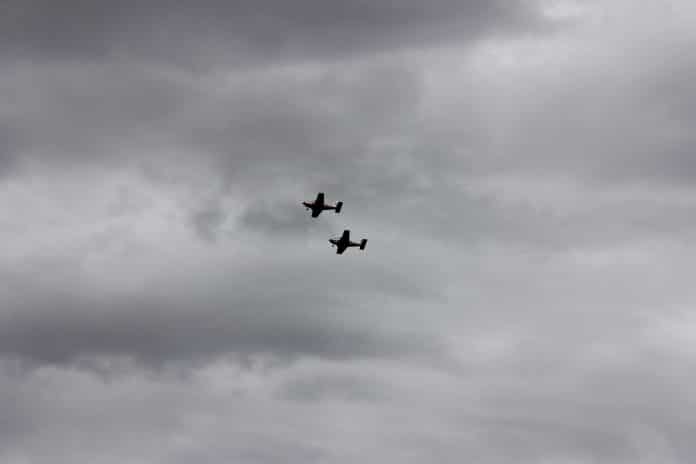 A memorial to mark a tragic plane crash that took the lives of 10 people in 1945 was unveiled on Friday, 75 years after the accident.

Families of the ‘Tokana Vhuyy’ crash victims paid a teary tribute to their loved ones at the crash site near Mia Mia, west of Tooborac near Redesdale.

In 1945, two pilots and eight passengers were flying from Essendon to Broken Hill in a Stinson aircraft when a fatigue crack in the plane’s left wing caused it to separate from the aircraft’s body.

The plane was only 21 minutes into its journey and was flying at 304 metres, before a sharp crack was reportedly heard from witnesses on the ground.

It was one of four Stinsons imported in 1936 by Airlines of Australia, and it was the third Stinson to crash. The fourth ‘Vhuyy Binana’ had its certificate of airworthiness suspended.

Bryan Kerr, who lost his father and brother in the crash, unveiled the memorial saying he had never been able to get over the accident.

“I actually flew on that plane six weeks before the crash to Broken Hill,” Mr Kerr said.

“Who would have suspected that six weeks later, I was scheduled for the same flight – but I was offloaded that day in favour of my brother.

“It was a very traumatic experience for a 15 year old. I don’t know if you ever really get over these things, it still makes me quite emotional.”

Mitchell Shire Councillor Bill Chisholm commended Robert Chapman and the memorial committee for their community effort in erecting the memorial. 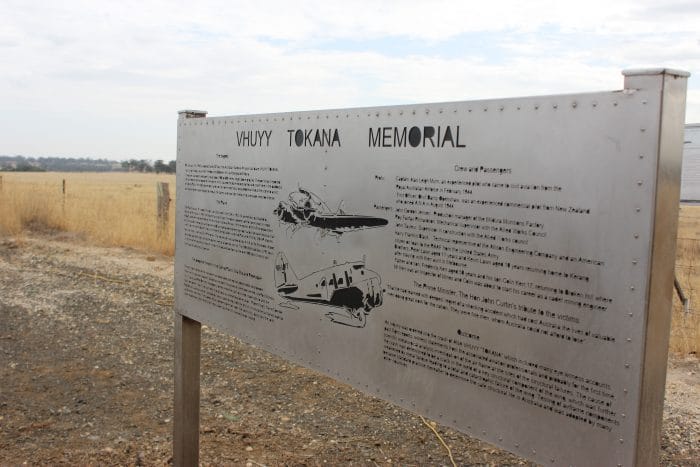 “There should have been more support from government at a federal and state level,” Cr Chisholm said. 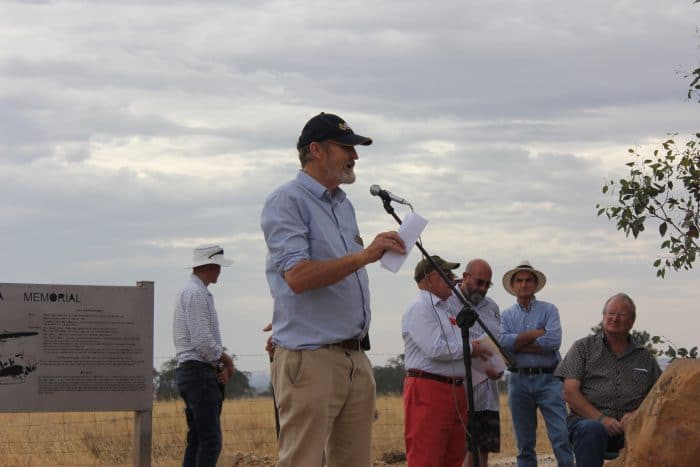