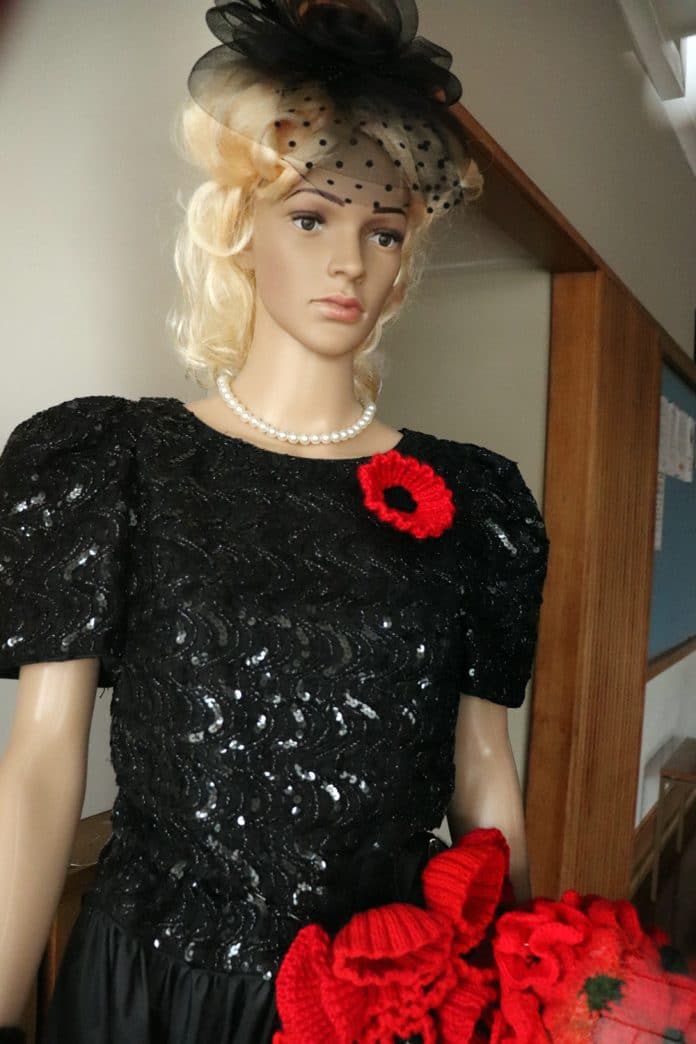 A Remembrance Day display in Kilmore has caught the eye of a Tasmanian family who was thankful to Kilmore RSL for recognising their great uncle in their window display.

The display features two life-sized figures from the war and information on fallen Sailor Edward ‘Teddy’ Sheean, who was killed while serving on the HMAS Armidale during World War Two.

Mr Sheean was wounded after 13 Japanese aircrafts confronted Armidale during her journey to Timor. The ship was subsequently stuck by two torpedoes and a bomb.

The Tasmanian sailor strapped himself to a cannon as the ship sank and fired at enemy aircrafts, causing one to crash into the sea and damaging at least two others. He died sinking with the ship.

Kilmore Partners of Veterans Organisation created the display, with several friends of the RSL club volunteering to knit hundreds of red poppies to feature in the Kilmore Memorial Hall display.

Partners of Veterans Organisation member Rhonda Austin said the display was a way the group could contribute to Remembrance Day.

“There’s an international organisation for Partners of Veterans – ours is new to Kilmore, it’s for wives and partners of men who served in the military,” Ms Austin said.

“In August we started planning the display – the RSL got behind the idea and we had their full support.

“The display has two life sized mannequins – one lady in mourning wearing a black dress with red poppies covering the end of her dress, and a sailor.”

Ms Austin posted the photos of the display on Facebook, including pictures of an information plaque on Edward Sheean.

“A man saw the photos on Facebook and contacted me saying Edward was his great uncle – they were so pleased to see these photos – it was lovely feedback,” Ms Austin said.

“This gentleman who went down on the Armidale wasn’t adequately recognised – his family are still fighting for Defence to recognise him with the Victoria Cross for Australia.”