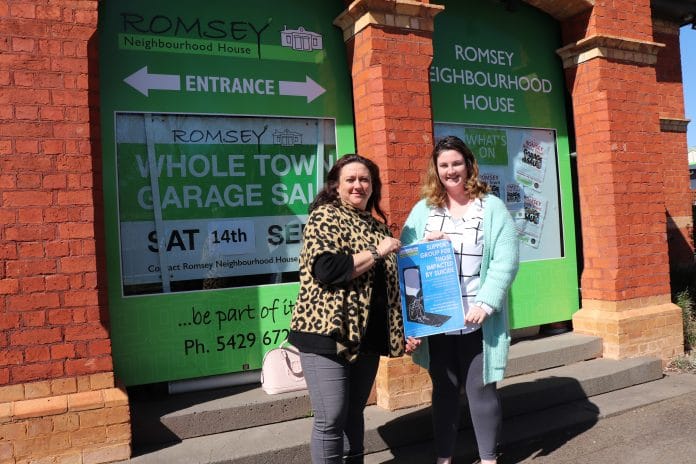 A lack of support groups in the Macedon Ranges was enough motivation for counsellor Lucy Caddick to take the lead to create a support group for anyone impacted by suicide.

Lucy acknowledged there were groups spreading awareness for suicide, but had little luck finding support groups in the region.

“Was starting a suicide support group my original idea? No. Starting one in Romsey though, yes, I was quite surprised no one else had,” Lucy said.

“As soon as I had the idea, I said to myself, ‘as if someone hasn’t done it’. I did some research and there are some incredible organisations in the region, so awareness is being spread like wild fire, but support groups are lacking.

“In this area there aren’t many counsellors and they work only two or three days a week. But we’ve got how many people in Romsey alone? That’s not sufficient.”

Lucy said her first step was to visit Romsey Neighbourhood House, where she spoke with co-ordinator Michelle Balthazar to gain support and find somewhere to host the group each Monday and Friday.

Michelle said she was fully on board with the idea from the start and wanted to assist the growth of the group.

“In the last few weeks there have been a few incidences of suicide in the Macedon Ranges alone, so there is definitely a need for this group,” Michelle said.

“We know suicide has such a profound ripple effect. You might be three or four degrees removed from the person, but it can still have a profound effect on you, so this group isn’t just for people directly impacted.”

Lucy and Michelle hope to create an environment where people feel comfortable to share their experiences.

“People don’t have to feel obliged with the group. They can attend as many sessions as they want, or one a month if they want. We decided on two sessions per week, so if people have work they can still come,” Lucy said.

“If you are impacted in any way, if you know someone, if you’re a survivor, if you’re struggling with these thoughts or the idea, come and voice your experience and feelings, tell your story.”

• If you or anyone you know are in crisis and need immediate assistance call Lifeline on 13 11 14.

Recognising Reconciliation Week in the City of Whittlesea

Scouts without a home