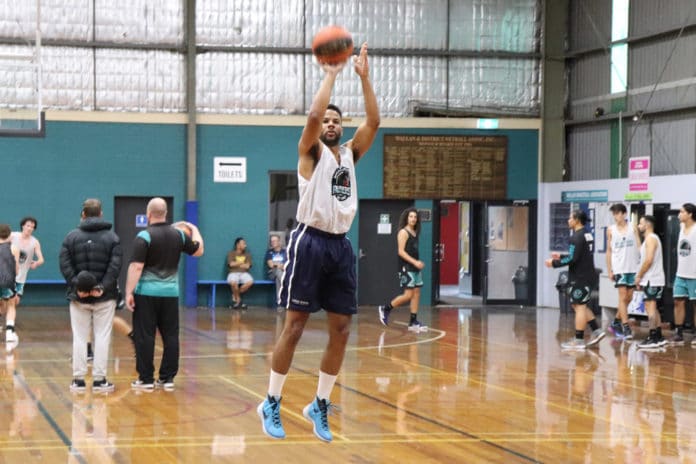 WALLAN Panthers’ Big V basketball teams are in preparation for the upcoming season, with a raft of changes for its three teams in the offseason.

After finishing 10th in a 12-team competition, the men’s side has retained most of its squad with hopes a year to mesh as a team will be able to help them make the jump.

Leigh Saffin has returned to the club from a stint playing for Division II school Chadron State, guard Hayden Annett has recommitted and the club hopes Leo Viitala will commit to his junior club.

Papanicolaou said he was looking to improve the team’s defence and teamwork.

“It’s looking good so far, they’re training well. I’m pretty happy with where we are. I think we’re in a better position now than we were last year,” he said.

“I’m not changing my game plan. I’m just going to run it which we didn’t do last year, that’s running the floor and playing uptempo defence.”

Massive changes has the Panthers’ women’s team looking drastically different to the side that went to the preliminary final last year.

Tessa Ramsay has moved to division one club Hawthorn, Nikita McDonald and Che Williams were both unable to return and Emmie O’Nial was released.

Coach Warren Taylor said the team had replaced size with athleticism and the game plan would change accordingly.

“When you lose a few six-footers, we were a pretty half-court based team last year, we’ll be much more full-court this year. We’ve already started building in more of a transition focus and these sort of players help immensely,” he said.

Taylor said his side let the pressure and expectations get to them last season and doesn’t want to let that happen again.

“There were some expectations and I think we let that drive us internally and it wasn’t healthy. The big push from me is, good, bad or indifferent, our focus is on week by week, it’s on development,” he said.

“We’re deep and we have a lot of weapons. We’ve still got a lot of good outside shooters, good defenders and we can play half-court if we need to.”

Wallan’s Youth League program has also undergone mass changes, with about two-thirds of the roster different from last season.

Matt Funston has joined Wallan from Diamond Valley Basketball Association, after time away from representative coaching to take the helm as head coach.

“We’ve had two seasons where we’ve finished second bottom on the ladder so it’s probably time to start reinvigorating things,” he said.

“We’ve attracted a few really good players to the club. We’re working a lot closer with the senior side as well, which is really cool.”

After strong recruiting in the offseason and a solid practice game against Altona, Funston said there was excitement at the club.

“We’re pretty excited about this season, quietly excited,” he said.

Players to keep an eye on this season include Jonas Busano, Seb Villegas, Lachie Rae and Campbell Walker.

With an extended roster of 18 players, Funston has put an emphasis on making players take training seriously.

“We wanted to make it so there’s a lot of competition for spots, like people had to make sure they’re at training, they’re there early, they’re working hard – we’re really changing the way we do things,” he said.