Home News Are the Magpies the best in the league? 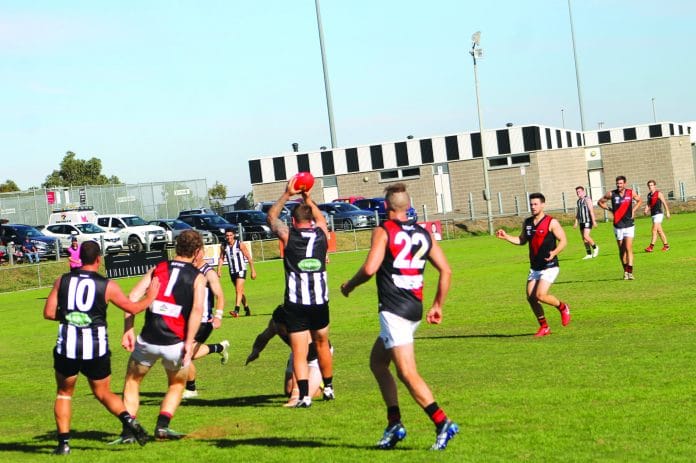 The Riddell District Football League side from Greenhill Reserve are on top of the ladder with the best attacking statistics, the third best defensive numbers and a 5-0 record.

From a side who missed out on the finals by way of percentage in 2017, the ‘Pies have the best percentage by more than 75 per cent after five rounds.

But no one player is doing the work on their own.

The Magpies have six goal kickers in the RDFL’s top 20 and the line-up is led by Joshua Barber who had kicked 15 goals by the end of the fifth round.

In comparison, Diggers Rest have three players in the top 20, Sunbury, Melton Centrals, Rupertswood, Riddell and Woodend-Hesket all have two players and Macedon have one.

Coach Daniel Nolan’s charges rank third in defence, but piled on 20 goals against the league’s second best defensive side, Riddell, back in round two.

In the same game, the black and white stripes held Riddell to less than 100 points – allowing 99 points to be scored.

That match, at home, was Wallan’s worst day out defensively, with three opposition scores below 30 points since then, while Sunbury kicked 70.

Best on ground Ricky Schraven led the side around the park, but Barber fronted up for the forward line with six goals.

“This week we managed to kick the first goal again, it was one of our focuses,” he said after the match.

“Our work rate in the first term was very good, in very difficult conditions. Our conversion rate was good considering the wind and sideways rain.

“After quarter time, it was another professional performance.”

Asst. coach Mathieson also praised the efforts of four of the youngest players.

“We had four Under 19s, Corey Grindlay, Joel Vella, Bill Direen and Liam Birch, who were more than serviceable,” he added.

The ‘Pies’ stroll into the Interleague break this weekend, but will go on to face Melton Centrals at home in round six of the competition.

Should Wallan win that match, it will most likely set up a mouth-watering top-of-the-table fight with Rupertswood on June 2 at Greenhill Reserve.