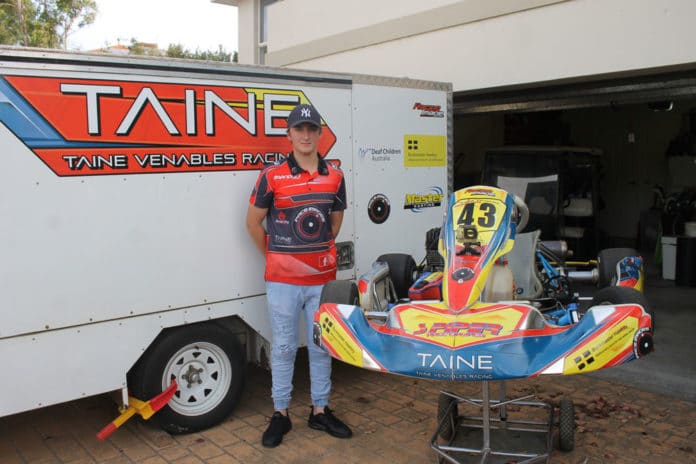 Taine Venables is a racer to watch after winning the Victorian Kart Championship earlier this month.Since the age of seven, Taine has been a competitive racer and won several trophies and competitions.

Now at the age of 17, Taine has won the Victorian State Title, meaning another trophy added to his large collection.

“I was sort of speechless when I won, because it’s the biggest thing I’ve ever won,” Taine said.

Other than the impressive amount of awards and trophies he has won since the beginning of his racing career, Taine was also approached by ABC ME to film a TV series called ‘The Ultimate Goal’ in 2017.

Taine said even though there was a lot of danger involved in his sport, fear doesn’t cross his mind.“I just watched it on TV one day and fell in love with it straight away,” he said.

Samantha Venables said that when Taine was nine years old he flipped his kart and broke his left femur, but his love for racing meant he wanted to get back onto the track as soon as possible.

“I’ve never seen another kid as passionate about something as Taine is about racing,” Ms Venables said.

“He is 110 per cent committed to his racing. He is a placid and well-mannered boy, and I’m proud to see him show great sportsmanship on and off the track.”

Taine hopes that as his career continues, his sponsors can grow so that he is able to progress to the V8’s.

Taine and his family moved from Adelaide to Hidden Valley to be closer to Melbourne so Taine could pursue his racing dream and have a full racing calendar for the remainder of 2019.

“I’ve got a few competitions coming up this year, like the National Titles in September,” he said.

More information about Taine’s racing career can be found at his website, tainevenables.com.au or Facebook page Taine Venables Racing.