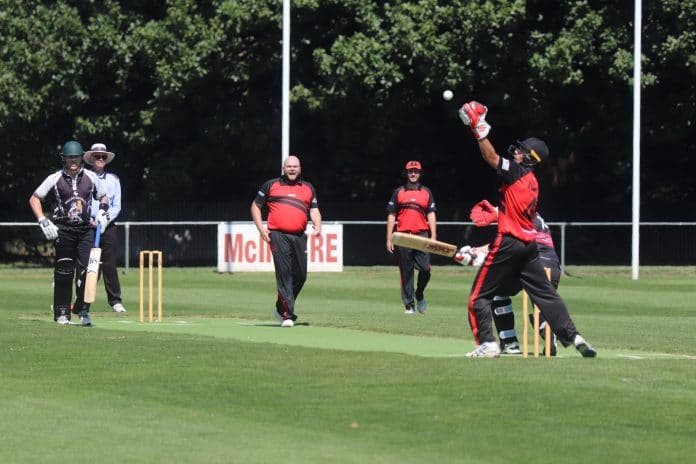 A ‘DISASTER’ performance with the bat by Wallan Cricket Club has eliminated the side from the McIntyre Cup final series in the Gisborne and District Cricket Association.

In its first season in the division, Wallan finished fifth and secured a spot in the qualifying final against Romsey Cricket Club on Saturday afternoon at Bendigo Bank Oval in Romsey.

The Magpies struggled to perform with the bat all season, with Saturday’s game no exception – the side bowled out for 89 in the 37th over.

Wallan coach and captain Steve Bell labelled the performance as a ‘bit of a disaster’, with only two players able to make double-figure totals.

“Our batting was a bit of a disaster, and we just couldn’t do anything right … it was pretty disappointing,” he said.

“We just couldn’t get going, lost a couple of early wickets then they consistently fell. No one could get going and no one could form a partnership. We only had two players score in double figures in Ryan Bonner (24) and Kieran Atkin (22).”

Wallan’s next best with the bat was youngster Matthew Clayton who was called up late in the season to help the side’s middle order.

He strugled to get things going, matching Chris Vecchie’s innings of eight.

For Romsey, Taylor Stevenson did the most damage with the ball, taking 3/14 and one maiden over. Darin Jewell, Jake East and Jamie Taylor all supported with two wickets apiece.

When it was Wallan’s turn to bowl, Bell said things looked briefly promising when he was able to take the wicket of Stevenson in the first over.

However, opening batsman Chris Burkett and number three Ben Way partnered for 57 and 27 runs respectively to get the job done for their side in the 24th over.

Despite the loss, Bell said there were a lot of positives to take out of the season and said there were only more promising outcomes to come Wallan’s way in future seasons.

“There were a lot of positives to take out of the season. We didn’t set expectations at the start of the season, but to make finals with such a young side, we were so happy about as a team,” he said.

“It was a great effort, one that I was very pleased with.

“We knew from the start that the top four teams were going to be a challenge, and there is a big gap between those sides and the rest of the league, so it was great that we were the side that finished fifth.

“I think over the next couple of years, if we can keep most if this side together, there is every opportunity for us to get to the grand final.”

Bell made special mention to the young players who stepped up across the season, impressed with their ability to perform alongside the older players in the team.

“We continually played with five blokes who were 18 years or younger and some of them were asked to come up from between four and six grades lower,” he said.

“I’d also like to thank Damien Bonner, the assistant coach. It was his first season back at the club and he’s been massive for us and a big help for myself.”