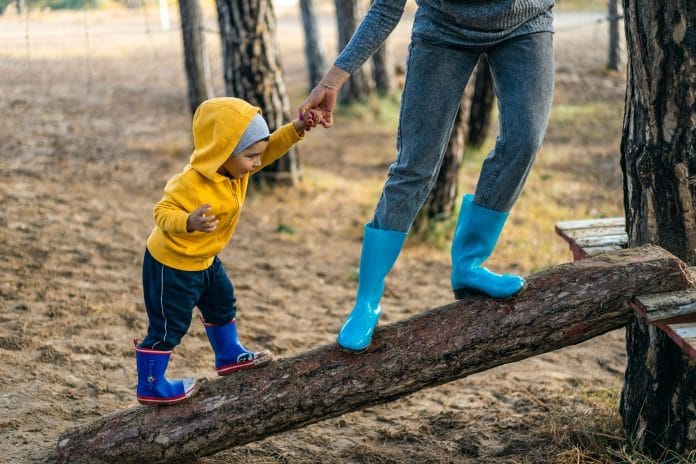 With childcare restrictions changing three times in the last fortnight, and after more than 150 days of remote schooling since the pandemic began, City of Whittlesea parents of young children have been left confused, concerned and exhausted.

A shining light was the re-opening of playgrounds on Friday after two weeks of lockdown closures.

“This lockdown’s been more difficult and not knowing how long it will be has been really tricky, a lot of long nights, a lot of uncertainty,” mother of two Shagun said.

Shagun is a secondary school teacher working remotely and has two children aged two and six.

While she and her partner work, their two-year-old son needs to be looked after during the day. He has been in childcare during the pandemic, until Victoria’s restrictions changed on August 21, when a public health order stated all parents had to be authorised workers to send their child to childcare.

The following day it was amended to just one parent, and on Friday last week, authorised worker families were also allowed to access in-home childcare, including babysitters.

But as health authorities warn of the spread of the COVID-19 Delta variant among children, Shagun felt childcare was no longer safe, and her son now spends his weekdays with Shagun’s parents – a luxury she said not all her friends with children had.

One single mother described to the Review the challenges of working full-time and raising a nine-year-old with her family overseas during the pandemic.

As a full-time disability care worker, she has been stood down during every lockdown, and has been relying on grocery deliveries from Sikh Community Connections, an Epping-based food relief charity, especially when she fell unwell last year.

“I had no one to look to or ask for help. It was a struggle to get up, cook and feed my son, help him with his online studies et cetera. I reached out to our local community organisation [and] I’m very thankful to Sikh Community Connections,” she said.

For Wollert resident Sudha, mother of two and part-time student, lockdowns have meant a better family dynamic – but only, she stresses, because she is currently not working.

Sudha said her husband was able to focus on work at home while she could commit to caring for their children, in particular helping with remote learning, which has kept them happy and ‘thriving’.

But for many working families, childcare is the only option.

“There aren’t enough hours in the day to keep kids amused and do anything [else],” one anonymous Doreen mother of three and childcare worker told the Review.

But even with the amended public health order, her facility has shrunk from about 30 kids daily to six this lockdown.

She said the pattern of families withdrawing their children over healthcare concerns had left the sector on the brink.

“If you withdraw your child … you lose your spot, educators lose their jobs. If 100,000 people do that because they can’t afford the $200 a week for nothing, the whole system will fold,” she said.

About 150 childcare providers nationwide have already furloughed staff and closed their doors during this year’s Delta outbreak.

The Federal Government stepped in mid-August and announced a short-term scheme to waive childcare gap fees – the difference between the subsidised amount and the remainder of the enrolment fee to be paid by the family – in hotspot areas, but it doesn’t cover all income for childcare providers, leaving some with difficult choices to make about staff retention.

The Doreen resident said stringent hygiene regulations, work uncertainty and a lack of financial support could see more childcare workers turning to other careers, leaving more parents who need the service in the lurch.

“A lot of people have left the sector, so that’s kind of scary because, what do you do if you don’t have enough educators?,” she said.