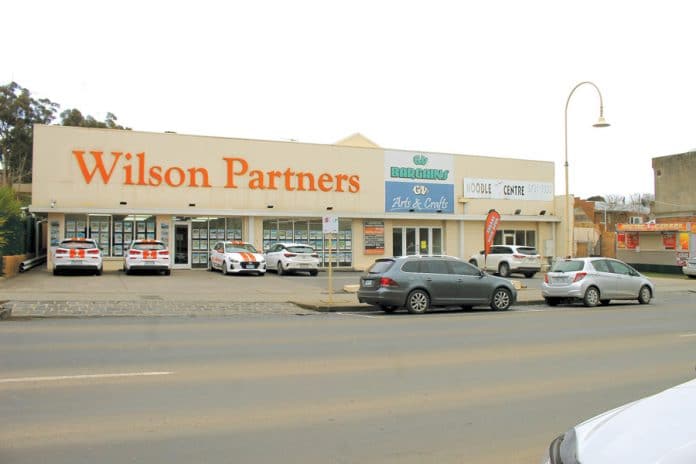 A Kilmore developer plans to transform a disused warehouse on Sydney Street into a gourmet food truck park.

A planning permit application for the site at 37 Sydney Street is on public display, with Mitchell Shire councillors to make a decision on the development in coming weeks.

The site would house up to 12 food trucks in the warehouse, serving a variety of cuisines, along with indoor and outdoor seating and childrens’ play areas.

The site is currently home to a real estate agent, a takeaway restaurant and a food van, which will stay at the front of the building.

Part of the application includes the demolition of a bluestone building, which used to be Mrs Mac’s pie shop, to open up connectivity from Sydney Street to Melbourne Street.

Developer Alan Wilson said the idea of the development was to bring the community together and was inspired by the Welcome to Thornbury venue in Melbourne’s inner north.

“It’s about bringing people in where they can turn up with their kids, they have a safe space for the kids to go and play and you can see them,” he said.

“People can bring their cats and dogs as well and come and sit and say hello and meet people in an open forum and a safe environment.

“It’s about getting people to come together again. There’s nothing in the middle of Kilmore to bring a large group of people together.”

However, some people have raised concerns about the removal of the heritage building currently fenced off on the property.

Kilmore resident Rose King wrote to theNorth Central Review to express her concern, saying she was alarmed to see the application included the demolition of the building.

“The food van court concept works very well in some areas of Melbourne but I wonder if it is an appropriate development in a regional town within an area that has a streetscape heritage overlay?” she said.

“There are other areas of town not affected by a heritage overlay which may be more appropriate for this proposal.”

Mr Wilson said he was disappointed to see the objections.

“The actual front of the streetscape doesn’t change at all. It’s inside a building where nobody can see what’s happening inside and the food vans will be inside this building,” he said.

“The real focus is on what we can do and what we can give back to the community and I think this is possibly one way.”

Challenges in the north