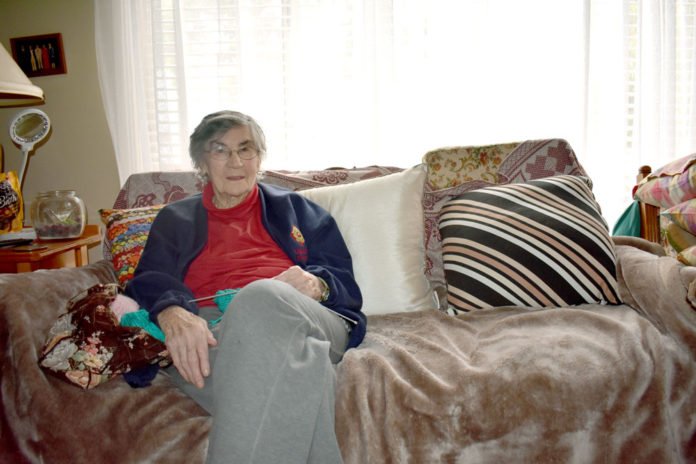 The elderly and less mobile residents in Kilmore are struggling to do their civic duty in the coming election because of the difficulty in accessing a postal vote.

Famie Boyd Coff, 96, has lived in Kilmore for most of her life and at election time has stood in line to vote or visited the town’s post office to submit a postal application – something that has now ceased.

Her daughter and carer Marlene Coff said the post office no longer provided voting applications and she had trouble accessing a postal vote for her mother.

“Mum is nearly 97 and we rely on getting this form – they [post office] said they don’t do them anymore,” Ms Coff said.

“I’ve rang the electoral office six times and it would always cut out with the number of options. I was so wild that I couldn’t speak to anyone, I rang a political party in Melbourne and they sent out postal votes the next day.

“A lot of older people without full-time carers don’t have the internet or the ability to drive to Seymour or Wallan at the early voting centres.”

She said elderly voters or their carers should not have to run around in order to vote.

“If this is the best they can do, then voting here should not be compulsory,” she said.

“I stopped taking mum to Assumption College where the voting booths are because mum can’t stand in the line for half an hour.”

Kilmore resident Dulcie Hellwege, 88, said her and her husband were still waiting for their postal votes to arrive from the Australian Electoral Commission.

“It all started about three weeks ago with a letter in the mail from Labor – we filled in a form to receive a postal vote but since then nothing has happened,” Ms Hellwege said.

“We’ve been told that it’s still being processed, but we’re getting a little anxious as the time is ticking.”

A spokesperson from the VEC said they were currently processing a high volume of applications.