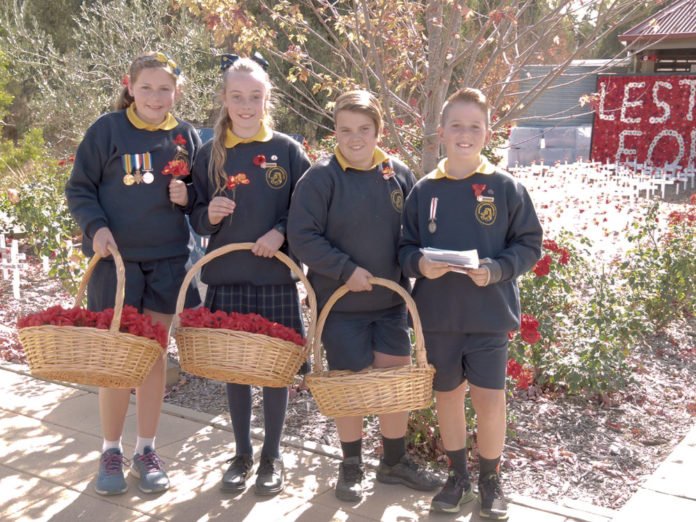 In an event involving the community and primary school, people in attendance heard about the challenges and bravery of those at the front and at home during wartime.

For the first time a tribute to a local soldier was introduced into the service with Wandong Primary School vice-captains Nikayla Harrison and Blake Henderson telling the story of Private Otto Siefken, who was born in Wandong in 1894 and served in the 11th Battalion and 3rd Machine Gun company in World War One before dying of pneumonia in 1918 as a prisoner of war.

Wandong resident Ian Blyth delivered the Anzac Address. Mr Blyth told of the importance of words – those by war correspondents and in letters from families – in recording the history of Australia at war.

The Clonbinane CFA provides the Catafalque Party, veteran Peter Dore was master of ceremonies and Rev Ruwan Palpathwala delivered the prayers for remembrance and for peace.

As in previous years, the Field of Remembrance displayed small white crosses bearing the names of veterans from the Wandong Heathcote Junction area. People placed poppies on the crosses after the service.

“We always have a large turnout for both Anzac and Remembrance Day and this year with well over 300 in attendance it shows that the spirit of Anzac is well and truly alive in our town. Those involved in this year’s service did their community proud,” Mr Hall said.