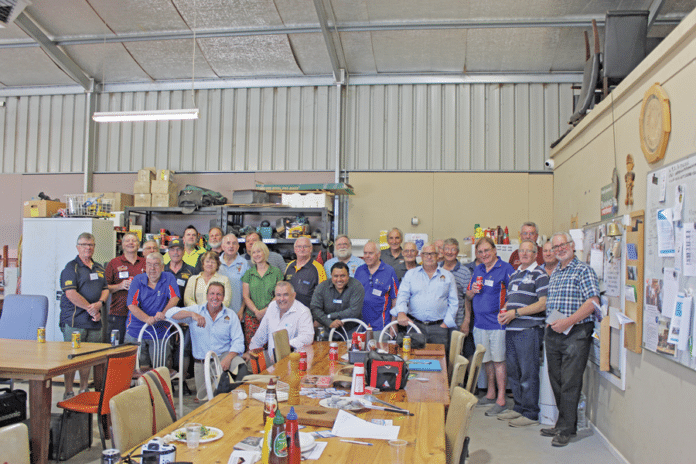 WHITTLESEA Men’s Shed highlighted its important projects for the community to the Australian Men’s Shed Association at a barbeque last week.

The gathering gave Australian Men’s Shed Association officials and mens shed’s members from the surrounding area an opportunity to speak about the work they are doing for the community and what sort of help is needed in the future.

Whittlsea Men’s Shed secretary Peter Bettes said there were several projects to showcase what their members were doing for the community.

“There’s chaps here who are widows or their partners are in nursing homes, so the shed gets these men out of the house and it gets them talking,” Mr Bettes said.

Member Ron Rowe said he was constructing a CNC machine in the shed – a piece of automated equipment operated by a computer which can perform accurate cut outs on blank pieces of material.

City of Whittlesea Mayor Lawrie Cox joined the gathering and said the shed was a great initiative for the community.

“Today the Whittlesea Mens Shed has brought all the surrounding men’s shed members together – they’ve brought everyone around to have a chat, and that’s what it’s about – having a chat,” he said.

“Men are traditionally not the best when it comes to looking after their health,” he said.

“The Whittlesea Mens Shed is making sure men who are highly skilled are getting out of the home and are sharing their skills, building up comraderies and friendship.

“Men’s sheds help with social isolation, particularly in rural areas – these blokes have done great things for the community and it’s great visiting and listening to their needs.”