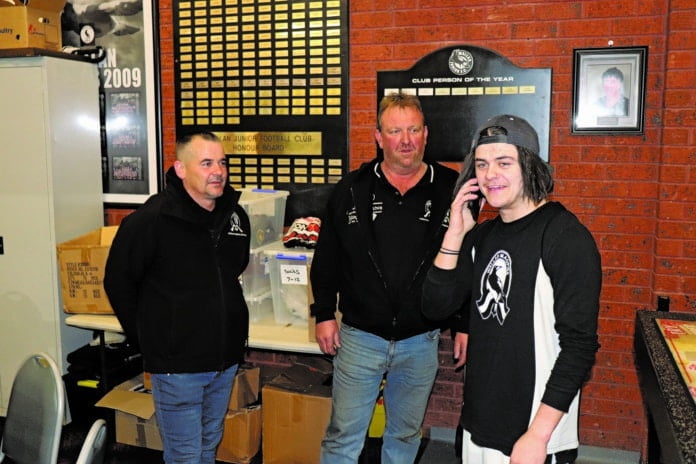 LIAM BIRCH has nominated the man who saved his life for a First Aid Champion Award.

The young Wallan footballer, who is recovering from a cardiac arrest he suffered recently, made the call to nominate the man who rushed on the field to deliver CPR before a defibrillator could be taken out on the field.

Liam said he would nominate Mr Freeman for 100 awards if he could.

“He deserves it. He saved my life,” Liam said.

“He is a hero and deserves all the best… I was trying to think of ways to say thank you and this is just another way to say it.

“I would nominate him 100 times, he deserves them all.”

The St John Ambulance Victoria award recognises people who go the extra effort to help others.

Consisting of five categories, the First Aid Champion Awards recognise that First Aid is a vital skill to have, irrespective of age, gender, background or health status.

Liam’s Dad, Adam, said actions of others was vital.

“All of the actions of others, they all played a part in saving Liam’s life, without Tony Liam wouldn’t be here most likely,” he said.

“Being a first responder is so important. The event was traumatic at the time but we are all moving through it.”

“First Aid training is always such an important skill to have, no matter what age you are, and we hope to acknowledge all age groups, workplaces, schools, community groups and of course our volunteers, without whom our work wouldn’t be possible,” Mr Botwright said.