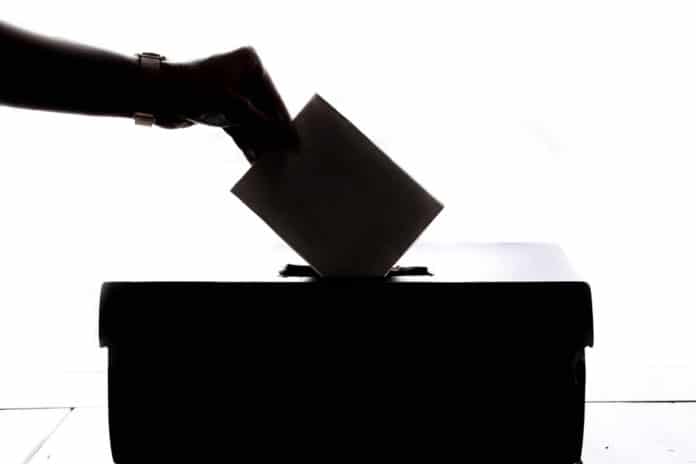 THE Australian Electoral Commission, AEC, has acknowledged incorrect procedure was briefly followed at Broadford Secondary College voting centre during this month’s federal election but has no plans to pursue the matter further.

She said voters were allowed into the hall to have their names marked off and collect their ballot papers, but were then sent to rejoin the back of the line.

“This has never been done before,” the post read.

“There was a lot of talk in the line about how this was open to rorting. I saw people walk off with their forms, others filling them out while they waited and others offering to help people complete their forms.

“Throw your papers in the bin and anyone could fill them out and join the line to vote.”

The woman said she asked the AEC officer in charge why people were sent to the back of the line and was told the hall was too small to accommodate voters.

She said the school had been used as a polling place at elections since the 1970s and she had never observed an issue before.

The AEC confirmed it had received a submission from the woman.

An AEC spokesperson said the issue had quickly been rectified on election day.

“We’ve touched base internally, and the officer in charge of the Broadford voting centre has advised that a small number of people returned to the end of the line with their ballot papers after receiving them on election day, but were not waiting outside of the building,” the spokesperson said.

“When the situation was brought to the [officer in charge’s] attention it was swiftly rectified, and no further ballot papers were issued until there were vacant polling booths.”

The AEC website showed Labor candidate Bill Lodwick received the most first-preference votes at the Broadford Secondary College voting centre with 410, but his first-preference percentage of 26.71 at Broadford represented a swing of more than 10 per cent against Labor compared to the 2019 election.

Liberal candidate Steve Brooks received the second most votes with 301 and independent Rob Priestly was third with 206.

On a two-candidate preferred basis, the Broadford vote was 53.94 per cent for Mr Priestly, with Nationals candidate Sam Birrell receiving 46.06.

Mr Birrell was announced as the winner of the Nicholls election on Saturday, retaining the seat for the Nationals after the retirement of former member Damian Drum.