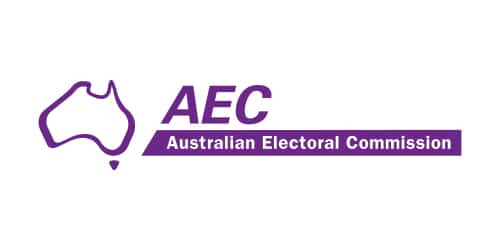 WITH the Federal Election looming on Saturday, the race for the seat of McEwen is heating up.

McEwen encompasses the Mitchell Shire towns of Kilmore, Wallan, Beveridge and Wandong-Heathcote Junction, the Macedon Ranges localities of Lancefield, Romsey and Riddells Creek and the City of Whittlesea towns of Whittlesea, Mernda and Doreen.

It has been represented by Labor member Rob Mitchell since 2010.

Mr Mitchell defeated Liberal challenger Phillip Fusco by a five per cent margin on a two-party-preferred basis in 2019, and his primary challenger this year is Liberal Richard Welch.

The Review asked each of the seven McEwen candidates to provide a short statement about why people should vote for them on Saturday.

One Nation candidate did not respond to the Review’s request before yesterday’s print deadline.

Rob Mitchell, Labor: This Saturday is our opportunity to elect a government for a better future. An Albanese Labor government with a positive plan for health, childcare, secure jobs, higher wages, cheaper energy and action on climate change. An Australia that makes things here and gives respect and dignity to our elderly. A Labor government to restore trust and accountability with a National Anti-Corruption Commission. Together we can achieve so much more with a government on our side.

Richard Welch, Liberal: My local plan supports stable families, stronger communities and a strong local economy. We will invest in roads, get the Wallan diamond built and upgrade Camerons Lane. We will build sports facilities with $8 million provided for the Wallan’s Greenhill sports precinct. We will create 20,000 local jobs by providing $1.62 billion to build the Beveridge Interstate Freight Terminal. My local plan means less travel, less traffic and more time at home for local families.

Neil Barker, Greens: I will prioritise action to tackle the climate emergency, establish an independent commission against corruption, bring dental and mental health into Medicare, and seek justice for First Nations people. I believe the housing affordability crisis and skyrocketing out-of-pocket expenses for health, childcare, and education are having a devastating impact on the budgets of low and middle-income families. With your vote we can change this now.

John Herron, Liberal Democrats: Pre-polling feedback has shown people are tired of the current two-party system and endless blame games. Parliament is made up of 151 individuals – we should elect quality people who are experienced leaders, achievers and have the community interest at heart, not career politicians. The current choices for PM speak volumes. I am a local lawyer, small businessperson, employer, ex-ADF and community leader. I can break this cycle. Your vote is precious. Make it count.

Christopher Neil, Federation Party: This is a referendum on freedom. Vote for me if you want to ensure: balance and respect for individual rights; compassionate evidence-based policies that aren’t panic driven. I would not be standing if I did not know the failed two-party system is irretrievably corrupt. We need real representation and I will not give up until I see your freedoms – of thought, speech, movement, commerce and religious belief – enshrined in a future Bill of Rights.

Paul McRae, United Australia Party: Increase the aged pension. Save people’s homes by capping interest rates. It can be done using the Australian constitution. Pay back our $1.3 trillion debt by applying an export licence on iron ore. Protecting free speech from foreign tech companies. No vaccine passports or digital ID. Permanently freeze the fuel excise. The UAP want to restrict the power of big government and give the Australian people more choice where they spend their hard-earned money.