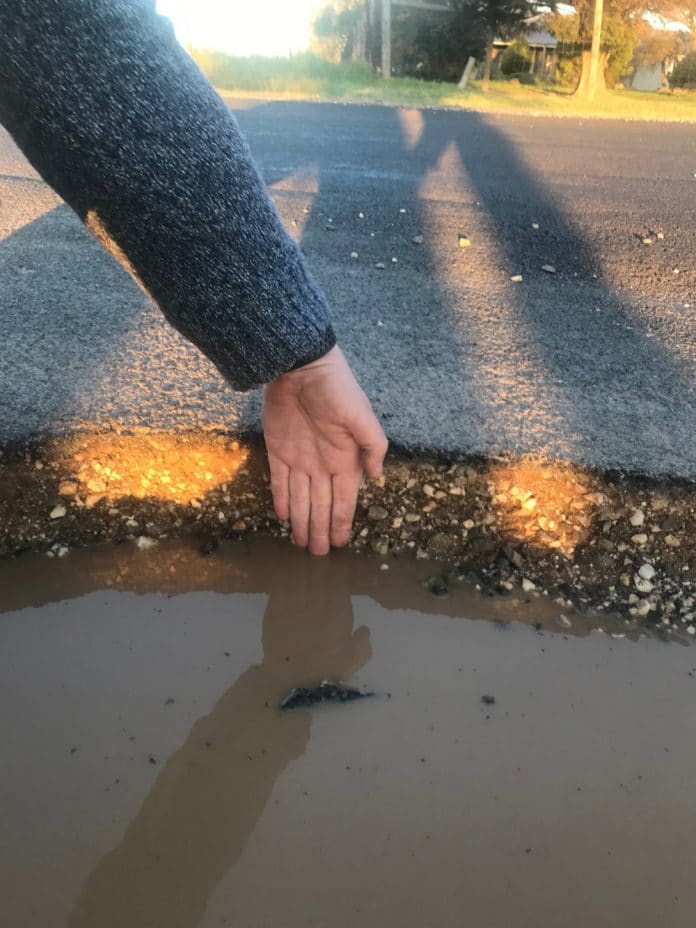 AN unhappy ratepayer has had to fork out $1305 to fix damages he sustained while driving over a deep pothole on Pyalong-Seymour Road.

Mark Freeman was travelling on the main road last Tuesday when his car ran over the pothole, destroying his front left tyre and damaging the rim.

“My kids were screaming, the car was completely shook,” Mr Freeman said.

When Mr Freeman contacted council, state legislation states that the first $1400 of damages sustained on council roads would have to be covered by the vehicle owner.

“When I contacted council, miraculously the pothole was fixed the next day,” he said.
Mr Freeman said he was frustrated that main roads weren’t up to standard.

“You can’t tell me that at least one councillor wouldn’t drive up and down that road every day.  It’s one of the main roads from Pyalong to Seymour, it’s not a back road.

“It makes you wonder where all your rates are going.  It just feels like the money is getting used elsewhere – roads are falling apart.”

A council spokesperson said the shire manages more than 1400km of sealed and unsealed roads.

“Council manages roads in accordance with the Mitchell Shire Road Management Plan which sets the inspection frequency of road networks and identifies the levels of service for the rectification of defects that are identified,” a spokesperson said.

“Where road defects pose a risk to drivers, council takes action as soon as possible.”

“Council relies on people reporting potholes and this can be done by calling 5734 6200.”

No to hipster highway