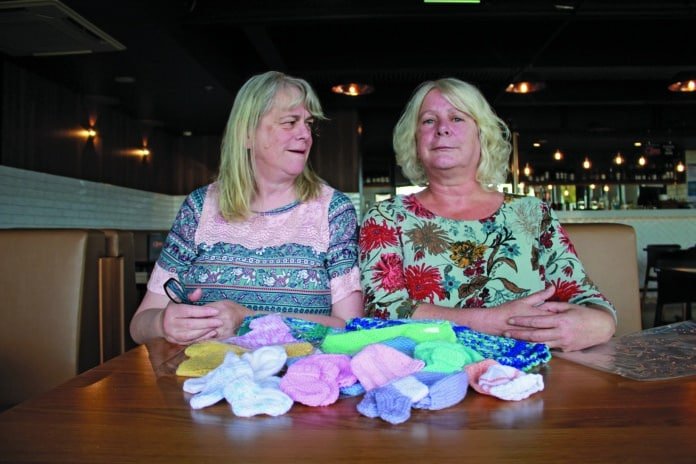 Local Nanna’s Julie Sutherland and Jane Gilroy-Scott have started an influential Facebook group that has taken off around the community and also around the world.

Nanna’s Home Basics is a group that connects women to share household recipes, forgotten crafts and it also connects women in the community who may be experiencing isolation.

“We started the group when we noticed so many women asking for takeaway menus on the local community pages,” said Ms Gilroy-Scott.

“There are so many new show case homes and nobody seemed to know how to cook and make use of their lovely kitchens,” she said.

The group has members from 85 years of age all the way down to 13 year old teenagers.

“You don’t need to be a nanna to be part of the group,” said Ms Sutherland.

“We called the group Nannas Home Basics because it’s the nannas that have retained the forgotten crafts and we help the younger generations out,” she said.

The group has been running for six years and has grown to almost 12,000 members with women from all over Australia to Iceland as well as America sharing their home tricks and recipes.

The group has also enabled women in the Doreen area to organise weekly craft meetings where they can catch up and reconnect with new mothers or grandmothers who may be experiencing isolation.

The nannas also run a makers market on the last Saturday of every month and in the winter months they run a lost crafts day that teaches community members the forgotten crafts such as knitting, sewing, cross stitch bread making and preserve making.Each month the proceeds of the market go to a different charity.

“There’s no such thing as a silly question in our group,” said Ms Gilroy-Scott.