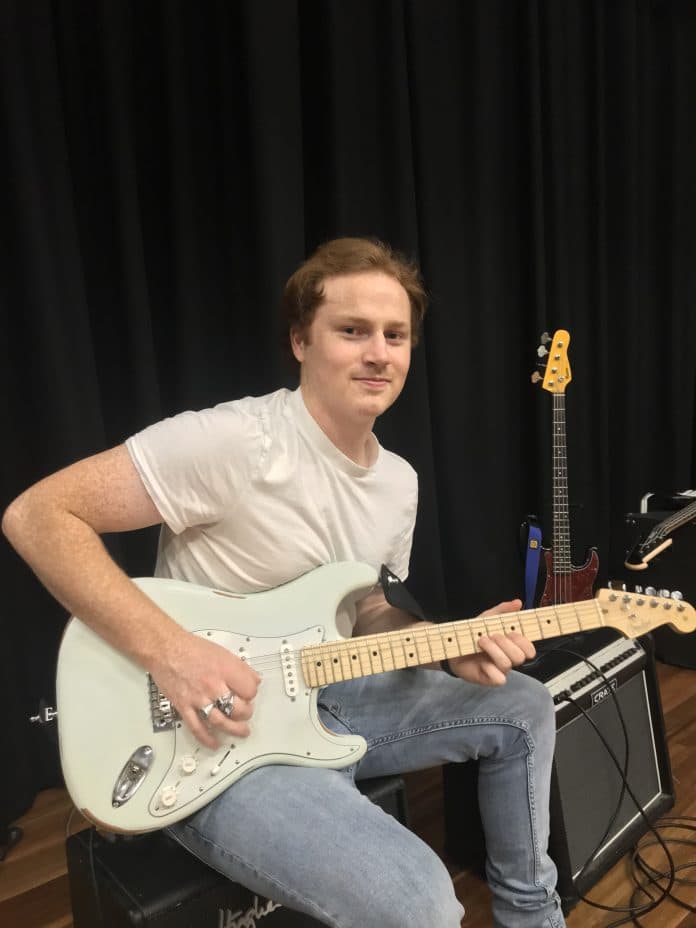 LANCEFIELD musician Alex Shepherdley is just one of the talented Kangan students contributing to an original music album “Ellipses”.

Mr Shepherdley’s contribution involves playing in six of the nine songs on the album, two of which are songs he wrote himself.

Two songs, “New Beginnings” and “Love You Right”, are tracks that feature Mr Shepherdley singing and playing both rhythm and lead guitar.

Further demonstrating his musical talents, Mr Shepherdley plays guitar on three other songs and bass on another.

The album launch will include original and cover performances by Kangan Institute’s Certificate IV and Diploma of Music Industry students.

“The audience can expect lots of original songs from all Kangan students that cover many different genres,” Mr Shepherdley said.

“We will also be playing covers at the end of the night hoping to please our audience with their favourite songs.”

The program at Kangan has given Mr Shepherdley the opportunity to develop his music skills including improving his vocals and guitar playing, as well as becoming a better song writer.

“I also have a much better understanding of how the music industry works and the challenges we ultimately face as musicians,” he said.

Mr Shepherdley’s music endeavours continue outside of the album and include establishing a band called ‘Ariella’ and playing gigs.

“Ariella is still in the early stages and still rehearsing original songs, but after our album launch my attention will shift and we intend to play gigs and open mic nights,” Mr Shepherdley said.

“Next year we intend to record six of our songs and release an EP to all music platforms such as Spotify, Apple Music, iTunes etc.

“We also intend to release our music through the Triple J Unearthed platform.”

Kangan Institute’s Diploma of Music Industry students will launch the album at a public event on November 20 at Musicland, Fawkner.

The event begins at 7pm and tickets costing $10 will be sold at the door.