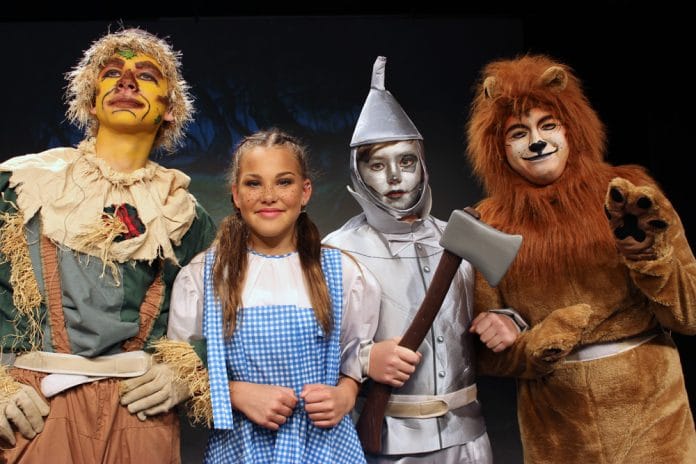 A Friday night production of he Wizard of Oz by students from The Kilmore International School dazzled the community – resulting in a very pleased director of the show.

The Kilmore International School head of visual arts and director Lynda Allen thanked everyone involved in the show, including the cast.

“I would like to congratulate and thank the cast members, crew and staff, who since February have generously devoted their time, energy, enthusiasm and creativity, toward the TKIS production of The Wizard of OZ,” Ms Allen said.

“To our wonderful ensemble, you did everything asked of you, and more. You were brilliant and adorable, so hardworking, versatile and talented. Absolutely fabulous!”

She said without their efforts, the show wouldn’t have succeeded.Main cast members of the show were Milla Webster as Dorothy, Ewan Cocking as the Scarecrow, Kyle Laffan as the Lion, Aidan Ling as the Tinman, Oscar Mikic as the Wizard, Indika Egan as the Wicked Witch and Rain Szczur as Glinda the Good Witch.

Kyle Laffan reflected on his time preparing for the show and said he was nervous leading up to the show and felt as if he was unprepared.

“The emotional rollercoaster I had been on for the past several months was coming to an end. The euphoria I felt from the compliments I received afterwards, and the applause I heard as I went offstage – that’s why I really did it,” he said.

Oscar Micik said the production was an exciting opportunity for him as it was the first time he had been a part of something like it.

“I found this a very enjoyable experience, especially work as the Wizard in my scenes shared with Milla, Ewan, Aiden and Kyle,” he said.

“I look forward to seeing the school production next year, where I will hopefully see the evidence of enjoyment and excitement we all felt on stage this year.”