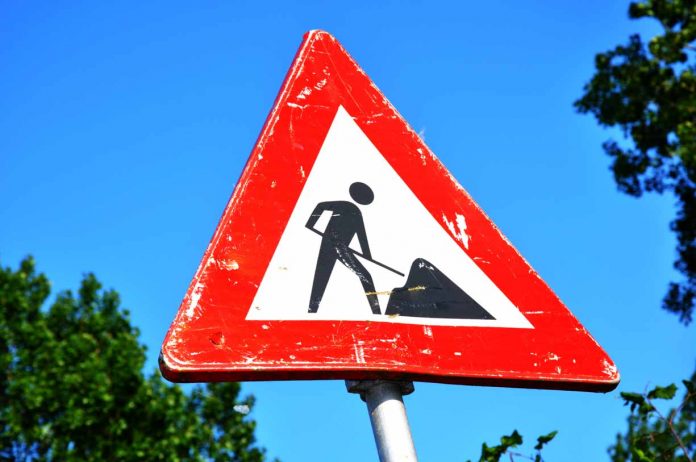 WORKS are underway on the $20 million upgrade of Melbourne-Lancefield Road, reducing the risk of head-on and run-off-road crashes.

Member for Macedon Mary-Anne Thomas and Member for Sunbury Josh Bull recently visited the site to view the progress of the project which started last October.

Identified as one of Victoria’s top 20 high-risk rural roads, the 35 kilometre stretch from Lancefield to Sunbury will include a range of safety improvements to prevent crashes and save lives.

Ms Thomas and Mr Bull said the works are crucial to the safety of motorists.

However, local residents are concerned over the impact of the proposed Monegeetta roundabout on the businesses in the area.

“As these are the only two businesses in the Monegeetta precinct the current proposal will strangle both access and egress to both of them and possibly bring about the demise of family run businesses that have been in existence for many years,” the spokesperson said.
The intersection has long been a problem with traffic coming from Riddells Creek and turning left into the Melbourne-Lancefield Road.

There have often been reports of vehicles failing to give way to north bound traffic. Residents recently carried out a spot survey of the intersection, claiming that they observed four near misses.

The residents’ group has suggested a left turn feeder lane for traffic turning left from Riddells Creek to connect with the Melbourne -Lancefield Road around 100 metres north of the intersection.

The group has alerted Macedon Ranges Shire Council and local members of parliament to their concerns.

In addition to the planned roundabout, other safety improvements include extra overtaking opportunities, including four new overtaking lanes, to enable motorists to pass safely.

The road shoulder will also be widened and sealed to improve safety, while audio tactile lines will also be installed along the full length of the road, to alert drivers if they stray from their lane.

Stage one works from north of Monegeetta to the south of Lancefield are expected to be complete by the end of July 2018, while the second stage of works, from north of Sunbury to Monegeetta, are scheduled to begin mid-2018.

Festival to bring community together