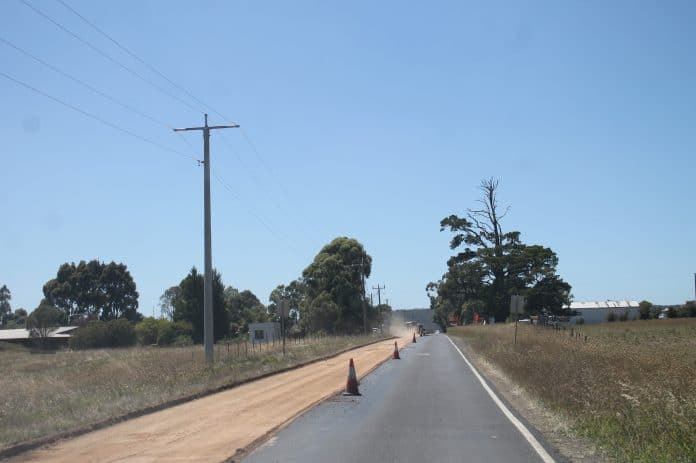 LOCAL governments are reaffirming roads as one of their main priorities as residents continue to push for more upgrades on local stretches.

Both the Mitchell Shire Council and Macedon Ranges Shire Council have noticed a reduction in funding from the state government since the Country Roads and Bridges program was removed.

The shire currently invests $11 million for the road, bridge, footpath and drainage network.
Mitchell Shire Mayor Rhonda Sanderson said residents had made it clear roads were a top priority.

“Our community has told us that roads and road maintenance are their number one priority and that’s why we’re investing more in our roads and bridges,” she said.

“However, with a large road network of nearly 1400kms and a relatively small ratepayer base, it is impossible to fund all these works alone… that is why council advocates strongly for additional funding from the state and federal governments.

“We understand there is still a lot of work to be done and we will continue to look at ways to obtain funding for new roads and road maintenance to meet the needs of our growing community.”

The Macedon Ranges Shire allocated about $7.6 million for improving their road network and $3 million for maintaining roads in the region this financial year.

While a ‘significant amount’ comes from federal funding, Operations director Dale Thornton said they were able to fix their roads with the current level of funding.

“The current level of funding allows us to meet the obligations of our road management plan,” he said.

“However, additional funds would be welcome and would allow us to improve further.

“Without the Country Roads and Bridges program, council has $1 million less per year to spend on road improvements… the extra $1 million had allowed council to make significant improvements to bridges and single lane roads in the shire.”

As the North Central’s population is expected to increase, residents are calling for an improved road network to cope with added pressure.

Member for Northern Victoria Jaclyn Symes said she will continue her discussions with locals.

“I will continue to work with residents and local council on the issues that matter most to them,” she said.

Member for Euroa Steph Ryan said the region is growing rapidly and funding was key to helping the roads avoid deterioration.