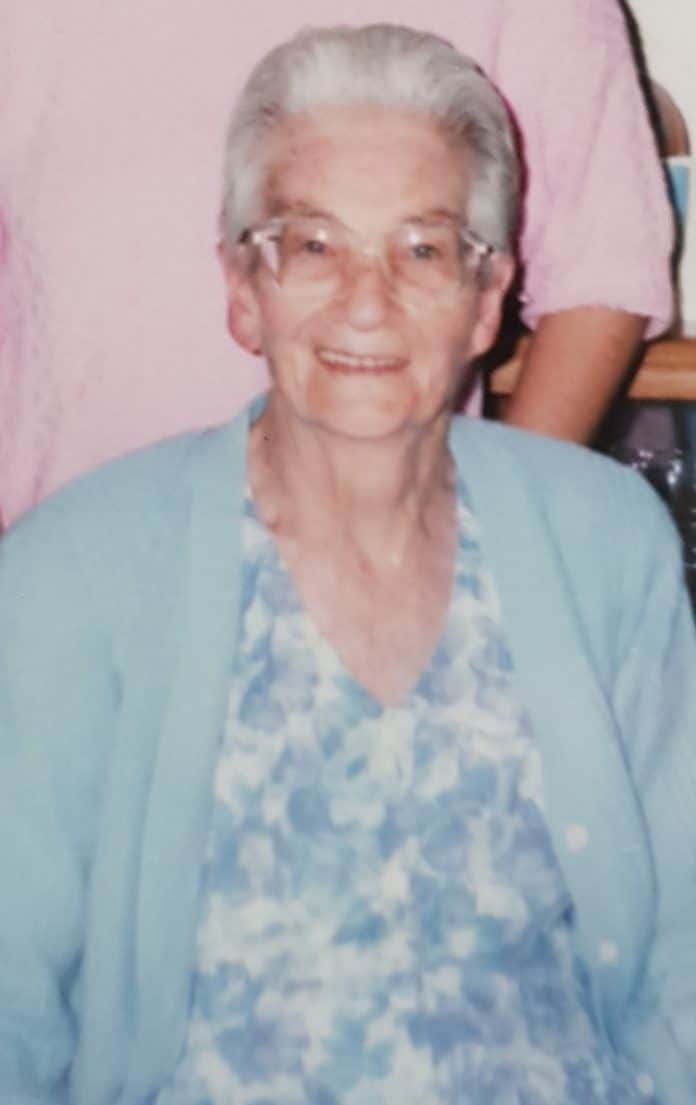 A PETITION to rename a park in Kilmore’s Mannagum Estate in honour of Jessie Lawrence has gained huge community support, with residents remembering a woman who was considered ‘a second mum’ to many.

Kilmore’s Greg Cameron started a petition to rename the park on the corner of Centenary Drive and Golden Elm Drive the Jessie Lawrence Park in honour of his late grandmother.

Mr Cameron said Ms Lawrence lived most of her life in Kilmore and was dedicated to helping people in the community.

“She worked in Melbourne for a bit but then she came back to Kilmore and worked at the Shire of Kilmore for more than 22 years, which made her the longest-serving employee working for the shire at the time,” he said.

“In 1994 at the last council meeting for the Shire of Kilmore, she was acknowledged and the councillors gave her a plaque for her contributions to the shire and being the longest-serving clerk.

“Also in 1994 she was also nominated for and given an Australia Day award for the care she gave to her family.”

Mr Cameron said Ms Lawrence was a primary care-giver for three family members at once.

“She not only worked, at the same time she cared for her elderly mother, her sister who was dying of cancer and my mother who had multiple sclerosis, which they didn’t know too much about at the time,” he said.

“She cared for the three of them until her mother passed away, and then a few months later her sister passed. From then she cared for her brother-in-law and her sister’s four children.

“Then my father passed away and my mother had multiple sclerosis, so we came back to Kilmore and Jessie looked after my mother and myself. She basically raised me from the time I was five.”

Mr Cameron said he didn’t realise how much of an impact Ms Lawrence had made in the wider community until he started his petition.

“It’s been amazing to hear stories from so many other people who considered her to be a second mum. I didn’t realise the impact she had on so many lives,” he said.

“She was always a very humble, quiet, unassuming person. She didn’t want praise. She would be the last person who would put her hand up for this.

“I only have to mention her name and people want to sign [the petition] straight away. It’s been overwhelming to be honest.”

Mr Cameron said Ms Lawrence’s family dedication made naming a park for her a natural choice.

“The fact that it’s a family park and has play equipment and a basketball court makes it fitting that somebody who was so dedicated to family life has it named after her,” he said.

People can arrange to sign the petition by emailing Mr Cameron at cassiecameron23@gmail.com, or searching for ‘Jessie Lawrence Park, Kilmore’ on Facebook.

The petition is planned to be presented to Mitchell Shire Council at this month’s ordinary meeting on April 19.