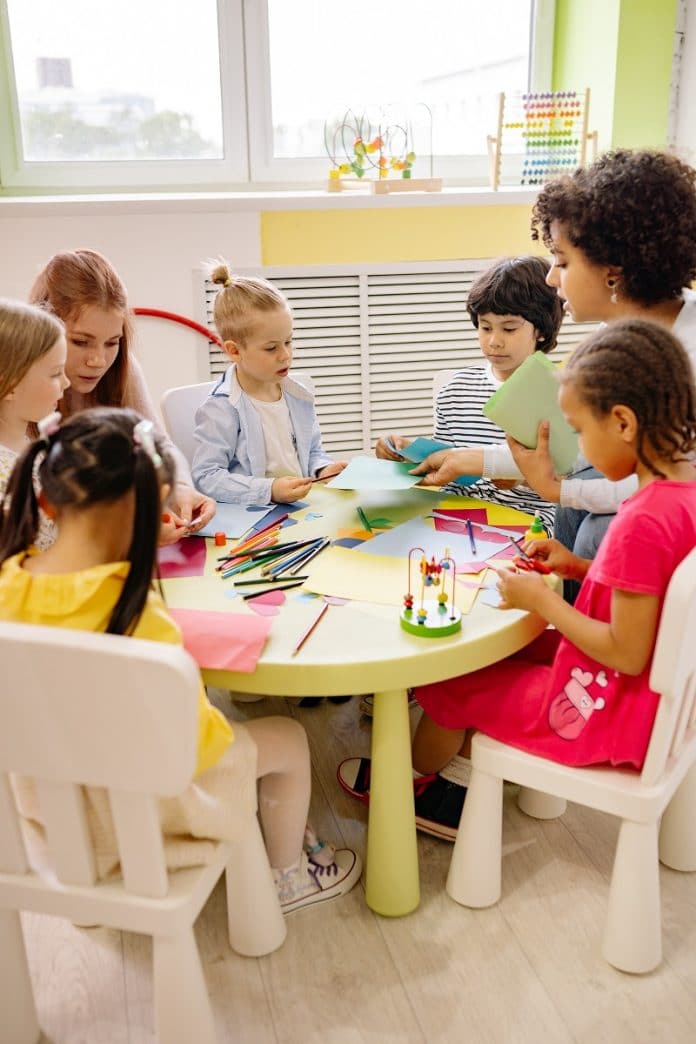 Wandong-Heathcote Junction, Romsey and Riddells Creek are the towns with the greatest shortage of childcare places in the region.

‘The Deserts and oases: How accessible is childcare in Australia?’ report, by the Mitchell Institute at Victoria University, was released last week mapping out the shortage of childcare services across every neighbourhood in Australia and compares it to the socioeconomic status of communities and female workforce participation.

The report identified a ‘childcare desert’ as a populated area where there are more than three children per childcare place, or less than 0.333 places per child aged four or under.

The towns in Mitchell Shire to be identified as deserts were Wandong-Heathcote Junction, Beveridge, and Broadford; and in the Macedon Ranges Shire: Romsey, Riddells Creek, and Lancefield.

The Australian-first report found that Victoria’s childcare centres are concentrated in the wealthiest suburbs of Melbourne, where about 1.5 children under four years of age were vying for every childcare space.

It contrasts to three or more children vying for a childcare space in regional Victoria and lower socioeconomic outer Melbourne suburbs.

Only towns with a population more than 1500 people were included in the study.

Lead author Dr Peter Hurley, from Victoria University’s Mitchell Institute, said the research showed providers were not only establishing services where there was greater demand, but where they were likely to make greater profits.

“Our research shows the most expensive childcare in Australian cities is also in suburbs with more childcare places, suggesting there is an incentive for providers to open in wealthier areas where families can afford to pay higher fees,” he said.

“For many regional towns, Australia’s policy approach to early learning results in a complete absence of provision, especially for towns with a population of less than 1500 people.

“These are not thin markets but rather an absence of a market as the current policy settings mean it is not viable for providers to offer childcare.”

Dr Hurley said the shortage of childcare places was a concern for both the economy and children’s early development.

“There is a huge body of evidence showing the positive long-term impacts produced by high-quality early learning in setting children up for success as they transition to school, with the benefits continuing throughout their life,” he said.

“It is children from disadvantaged background who benefit the most, but our research shows these children are the ones most likely to live in an area with a shortage of childcare places.”

Member for Euroa Steph Ryan said the data, unsurprisingly, showed people in cities had the best access to childcare.

“The research confirms what we already know; parents in our region are having to drive their children long distances to access childcare,” she said.

“Many smaller rural communities have no childcare at all. Even our larger towns often don’t have enough childcare services to cater for the number of children who live there.”

Ms Ryan said while the region was fortunate to have some great childcare providers, many parents could not return to work because they couldn’t secure a place.

“I often talk to women in particular who are struggling to return to work because they can’t get their child into care. There is a direct correlation between the accessibility of childcare and the participation of mothers with a child aged under five years in the workforce,” she said.

“Access to childcare is important not only for parents but also to giving children a great start in life. Research shows that children who have high-quality early childhood education and care are more likely to succeed later in life.

“It’s also an important plank in ensuring we can grow our regional economy. If we don’t have these services, young people who want to raise their family in the country will struggle.”

Number of children per place