Home News Community Suburbs under stress as City of Whittlesea is warned about rapid community... 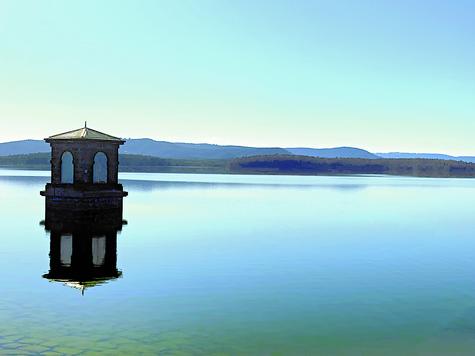 THE National Growth Areas Alliance, NGAA, has warned the City of Whittlesea is among municipalities facing a series of looming crises as one of Australia’s fastest-growing communities.

The group interviewed more than 80,000 people as part of its research and found communities on the urban fringe of cities were consistently overlooked by state and federal governments, despite being key national economic assets.

“Our outer suburbs are home to the most essential workers and faced the strictest lockdowns,” she said.

“These are the communities that saw us through the pandemic and to date governments have failed to understand their needs.

Ms Clark said the Federal Government should appoint a Minister for Growth Areas.

“This position will help to deliver stronger planning that distributes infrastructure, jobs and housing more evenly across metropolitan areas, to take advantage of the many opportunities and huge potential in growth areas,” she said.

Just over half reported struggling to pay at least one bill, particularly energy, groceries, rent and personal loans. The figure for people aged under 40 was 64 per cent.

“The outer suburbs are home to a big workforce that commutes into CBDs while their local economies are well placed for strong economic and jobs growth,” she said.

“A key task for a Minister for Growth Areas would be to drive the creation of industry hubs in these areas to take advantage of the vast growth-areas workforce and ample land ready to be transformed into industrial, manufacturing and high employment zones.”

Ms Clark said revitalising job opportunities could also help alleviate the looming problem of mental health issues in growth areas, where residents were more likely to feel stressed (63 per cent), frustrated (61 per cent) and anxious (57 per cent) than the national averages (60, 59 and 55 per cent respectively).

The City of Whittlesea was listed as a priority area for services in the State Government’s Royal Commission into Mental Health.

“Despite being hardest hit in recent years, less than half, 46 per cent, of growth area residents accessed mental health support in the past 12 months, compared to 52 per cent nationally,” Ms Clark said.

“This is fuelled by a lack of mental health services, with caseloads of some growth area providers being twice the national average. Government must step up with funding for these vital services.

“Australians are flocking to the outer suburbs to live the Australian dream of home ownership, spurred on by the HomeBuilder grant. This has led to soaring house prices and a record rise in land sales and building approvals.”

Ms Clark said the NGAA research found the majority of people in growth areas were embracing their neighbourhood and were more likely to stay in their area for dining, entertainment and shopping needs, highlighting the potential benefits of a greater government focus on supporting small businesses in growth areas.

“Growth areas are home to vibrant communities that are growing twice as fast as the rest of the country. COVID-19 has shown that Australia’s economic prosperity depends heavily on our vast growth areas workforce,” she said.

“It’s now critical that a Minister for Growth Areas be appointed to lead an urgent national response to growth area inequities and COVID-19 recovery.”