Home News An open door for those struggling 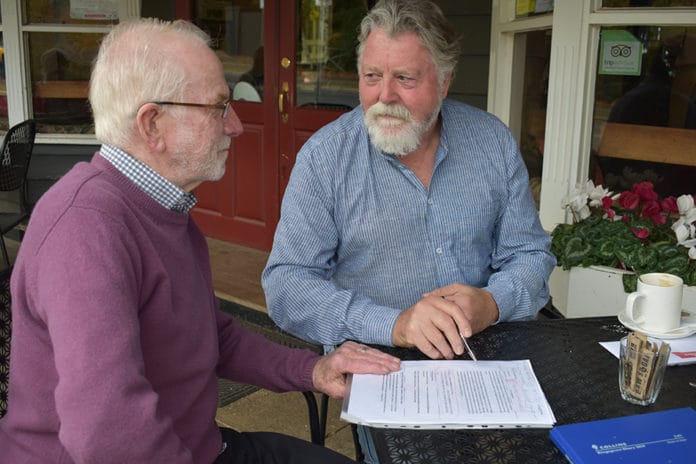 Members of the Macedon Ranges ‘Support after Suicide’ Peer Group are inviting those affected by suicide to reach out and come along to their monthly meetings in Newham.

The next meeting on Monday, May 13 will be hosted by a guest speaker Colin Charles, a counsellor from Jesuit Social Services in Richmond and co-founder of their ‘men’s group’ that began nine years ago.

The Peer Support group – initiated by Macedon Ranges Suicide Prevention Action Group or ‘MR SPAG’ – was formed when peer support volunteers connected after losing a loved one to suicide.

Peer group support members Gerry Leahy and Marcus Ward both lost a son to suicide in the past decade in completely opposing circumstances.

“My 27-year-old son was a landscape gardener and a musician, he loved poetry, writing and art. He was popular and had great friends who loved him,” Mr Leahy said.

“He suffered with anxiety for a long time and showed a lot of signs relating to mental health issues. A number of times we helped him to find counselling with which he could connect but he did not maintain contact.

“In 2015, I read that men are three times more likely to take their own life than women.”

Mr Ward’s son ​Liam, however showed no signs of concern, was ​completing a university ​degree and planning an overseas trip to Europe.

“He was a happy 20-year-old on an upward life trajectory. We thought to ourselves: ‘How did we not know?’ A lot of people feel great guilt after someone they love takes their own life,” Mr Ward said.

“I did what a lot of men do – I threw myself into work and tried to block it out. It wasn’t until I did some training in Richmond and learnt a lot about how ​grief varies, that I could begin to understand.

“I also learnt that by talking about the word ‘suicide’, ​allows an opportunity for a conversation about the issue; that it does not plant a seed in someone’s head, ​as I had initially thought.”​

Nationally, suicide continues to be the leading cause of death for Australians aged 15 to 44, with an average eight people a day taking their own life.

Both men said the meetings see many women attend but they were hoping to open the conversation up for men.

“We understand that it can be daunting, but there is no pressure for people to even speak, they can listen for as long as they like,” Mr Ward said.

“​Some group members choose to go out for coffee with one of our peer support members or have a ​walk – whatever makes them feel ​most comfortable.

“We’ve seen some members ​attend and only listen month after month, then eventually they feel comfortable speaking about their ​loss and their grief.”

The group emphasises their open policy for members of the community.

“The more we can talk about this issue the better,” Mr Ward said.

“Some people have lived for years ​silently ​battling the stigma of ​a suicide, we want to give everyone an opportunity to ​join those with lived experience, who understand.”

For more information on the meetings contact Gerry on 0407 317 491 or email peersupport@mrspag.com.au.