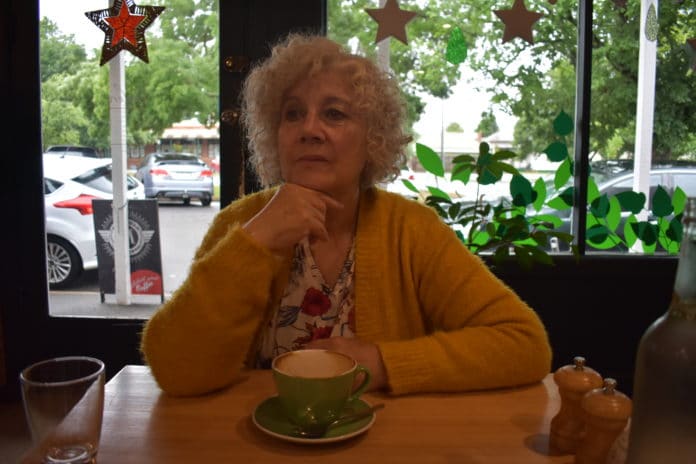 ROMSEY resident Lorraine De Kretser woke up Saturday, December 1 to the unusual sound of silence from her yard.

With three ducks, two ducklings, one rooster and a hen usually clucking in the backyard enclosure, Ms De Kretser sensed something was off.

When she went outside, she noticed two of them were gone.
“I had left two of them out of the main enclosure, and they were under a cover next to it,” she said.

“I came out and wondered where the two were, but they didn’t come out.”

As the enclosure was designed only for Ms De Kretser to take out the animals, she could only assume that they had been taken by someone else.

Just one week later she again woke to find all of them were gone.

“It was raining and I thought they had gone into their little houses, but I noticed all the feathers and the rock that keeps the enclosure closed was placed back against the door,” she said.

“I am devastated, and to think somebody has been on my property – it’s a horrible feeling.”

To Ms De Kretser these animals were not just pets, but an outlet from her her full-time carer role.

“They wait at the door for me to come out in the morning and then sit next to me while I dig in the garden. I would feed them worms,” she said.

“I look after my husband who has had Parkinson’s disease for 17 years and my mother has been diagnosed multiple myeloma, so my release is to go out in the garden with my animals.”

Ms De Kretser contacted police on both occasions, but understands that only so much can be done.

“They must have jumped over my back fence because we would have heard or seen them come through the front. Ziggy, our dog, would have gone crazy,” she said.

“I may need to think about getting security cameras. I just hope that people read this and are careful to not let it happen again.”

If you have seen these animals or have noticed anything suspicious, please contact your local police.