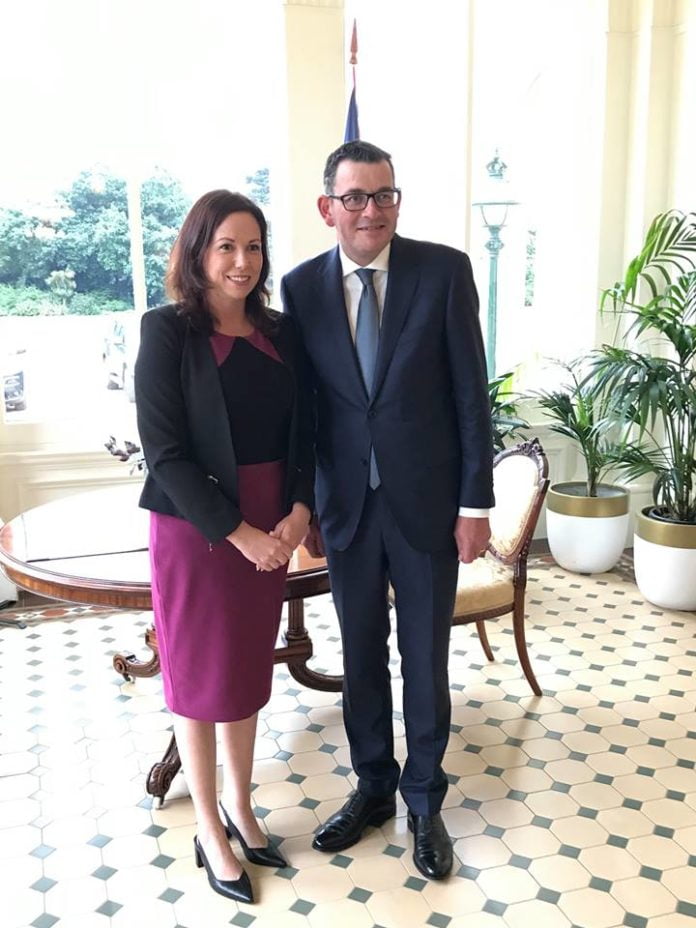 MEMBER for Northern Victoria Jaclyn Symes was sworn in as the new Minister for Regional Development, Agriculture and Resources at Government House last Thursday night.

She was also named Deputy Leader of the Legislative Council.
Ms Symes said the three portfolios complement her position as a country MP.

“I was very pleased to receive agriculture and regional development in particular due to me being a country member and having a lot to do with those types of issues in the past,” she said.

“It facilitates me being out in the country and not having to be down in Melbourne as much as some other portfolios might have me do so I was pretty happy to have those portfolios, it’s pretty exciting.”

Each of the three portfolios is regionally focused, especially in terms of job creation and infrastructure projects.

“The common theme with all of them is jobs, job creation, job security and job diversification. They’ve underpinned most things I’ve tried to do in country Victoria as a local member so being more involved as a minister is something I’m looking forward to,” Ms Symes said.

“Obviously, climate change and drought are impacting agriculture in particular and they’re challenges we’ve responded to in a really great way, leading the nation in a lot of those areas and that’s work I’ll be looking forward to continuing.

“It’s basically an extension of what I’ve been doing in the past years in country communities. I pride myself on being a very accessible MP and I plan to be equally accessible as a minister.

“It’s about working with and in partnership with country communities and their priorities. In particular, farmers and producers in relation to agriculture, and in regional development with councils and their communities.”

Ms Symes appointments have moved her considerably closer to the government’s decision making process that will hopefully see her able to use her influence to fast track several infrastructure projects in the district.

While not directly within Ms Symes’ portfolio, the Watson Street interchange in Wallan and the Kilmore bypass along with the duplication of the Northern Highway into Wallan are hopefully high on the agenda.