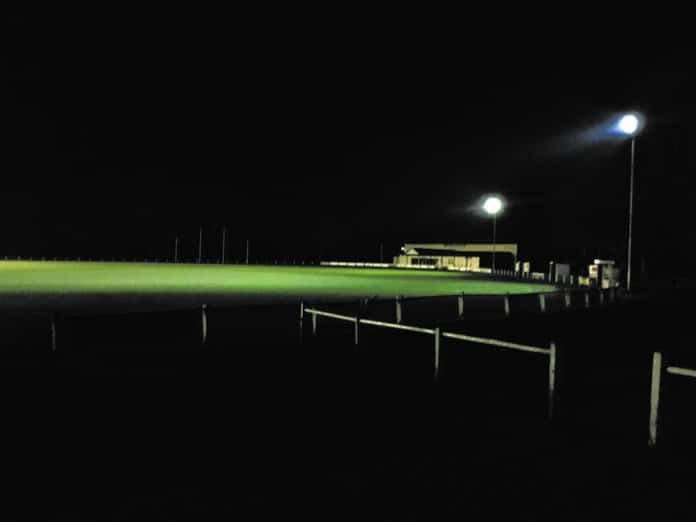 LANCEFIELD is one of two Macedon Ranges football clubs appealing to the community to back their projects in the state government’s Pick My Project initiative.

Lancefield Football Netball Club is looking for funding to go towards lighting upgrade to light the entire ground and make training nights easier.

Lancefield Oval currently plays host to the Tigers’ seven junior and senior football teams with the five junior teams having to share the ground on Wednesday and Friday nights.

The club is also looking to introduce a women’s football team next season, which would crowd the ground further if the club is unable to upgrade the oval’s lights.

Lancefield president Clark Todd said the current lighting system at Lancefield Oval is a hand-me-down from Essendon Airport the club received more than 20 years ago and doesn’t cover the entire field, leaving a few dark pockets that can’t be trained in.

“It would help if we could use the whole ground effectively. It can be hard to see the ball at night when you’re doing a full-ground session,” he said.

“Some of them have to train in the dark spots. It’s as simple as that, which is less than ideal because you don’t want to get hit in the head by a football because you can’t see.

“It’s something every other oval has got, so why are we left in the dark?”

The cost of a full lighting upgrade has been quoted at nearly $250,000 which means Lancefield Football Netball Club will still need to find the rest of the funding with the Pick My Project funding capped at $200,000 per project.

“We’re looking for somebody to help us with the lot of funding. We’re talking to everybody. I’ve spoken both [Member for Macedon] Mary-Anne Thomas and [Liberal candidate] Amanda Millar,” Mr Todd added.

“We’re working to get funding to cover the shortfall but that’s if we get picked. If we don’t get picked then we’re back to square one again.”