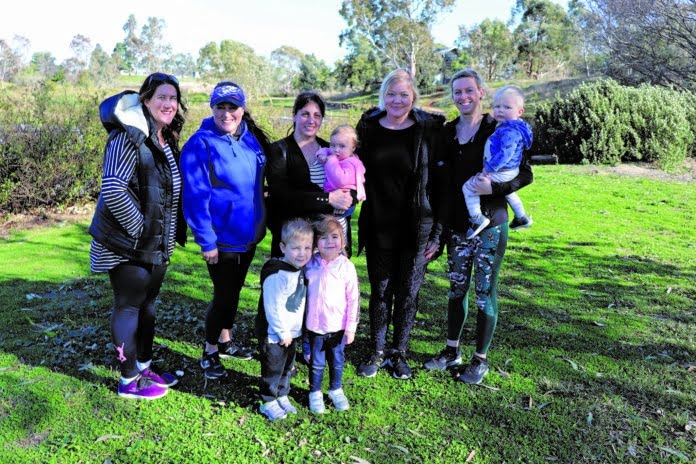 A MERNDA mum has said she found it ‘hard to believe’ the council wouldn’t support her Pick My Project campaign to have public toilets installed at the Mernda Villages Estate parks.

Resident Belinda Smith had been pushing to have an application for $200,000 for the toilets supported by the City of Whittlesea, but was told by a director the support would not come.

In a letter written to Ms Smith, the Whittlesea Review has sighted the letter, a director told the campaigner it would not be possible to support the campaign at this time.

“Planned additional toilets in the Mernda Villages area are limited to the Mernda Regional Recreation Reserve currently being planned.

No toilets are propose near the lakes area and accordingly cannot be supported at this stage.”

Despite the response, Ms Smith said she hoped to continue the push for the toilet block.

“We have had the playground the whole time, a BBQ and so forth and we thought the toilets would be coming,” she said.

“The dog park, playground, lakes – they are also used constantly. I don’t understand why they wouldn’t support the project.

“I have kids. You can’t have a party there. You drive home and come back, it is frustrating.”

“While I support the idea, unfortunately the reality is that in a rate-capping environment the council has a very limited means to raise the funds and there are conflicting priorities for the rates dollars,” he said.

“The current council policy on public toilets in that parks is that only regional parks will have toilets, the reason for that being it is very expensive to build toilets in parks as well as on an average we have a park for every 400 houses so for most people they have a park within walking distance from their house, and the cost of maintaining a public toilet is extremely high due to vandalism.

Our Lady of the Way raising awareness for water crisis

Caring for Whittlesea’s most vulnerable