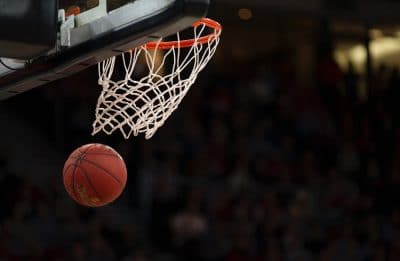 IT was another successful weekend for Wallan Panthers and Seymour Blasters in the Country Basketball League competitions, with wins across the board.

In the women’s north-east conference, Wallan stayed undefeated with a massive 91-55 win against Wodonga Lady Wolves.

The game was virtually over by half time, with the Panthers outscoring the home team 47-26 in the first two frames.

The huge early lead allowed Wallan to work all of its players into the game, with eight of the nine Panthers who took to the court scoring at least two points.

Olivia Dalmau and Carley Cranston tied with 20 points each as the game’s high scorers.

Both showed their shooting touch from outside, with Dalmau connecting on four three-point attempts and Cranston hitting three.

Ruby Pantisano had easily her best game of the season with 18 points, while Melissa Buckley, 10 points, and Kaitlyn Bickerton, 11, also hit double figures for the first time this season.

The win put Wallan in strong position to claim the minor premiership after Seymour had a round six bye.

The Blasters will be back in action with a road game against Benalla on Saturday at 5.30pm, with Wallan to host Myrtleford at 12pm on Sunday.

Wallan and Seymour will play each other in the final round of the season in a game that could potentially decide the minor premiership.

In the men’s conference, both the Blasters and Panthers had little trouble defeating Wangaratta Warriors and Wodonga Wolves respectively.

Seymour made the most of its home-court advantage, turning a one-point quarter-time deficit into an eight-point lead by half time, finishing the game with a 78-62 win.

All 12 of Seymour’s players saw the court, with Keenan Gorski turning in his best performance of the season on the way to a game-high 29 points.

While Tyler Best, 10 points, was the only other Blaster to notch double figures, all but two of the Seymour players scored at least once.

The victory was enough to keep the Blasters on top of the ladder despite a pair of strong wins by Benalla.

The shorthanded Panthers had established an 18-point advantage by three-quarter time, with Luke Liesegang leading the way.

Liesegang finished with 25 points to lead all scorers, while Max Viitala added 21 in another strong performance and Damon Anderson chimed in with 15.

Despite only having six players available, every Wallan player did their part, with Ryan Philippe and Brody Thrum each scoring 11 points and Dion Stacey contributing six.

Wallan will play a double-header this weekend, travelling to take on Mansfield at 7pm on Saturday night before returning home to host Myrtleford at RG Robson Stadium at 2pm on Sunday.

The Blasters, meanwhile, will look to shore up top spot on the ladder when they hit the road to face Benalla in a special cancer awareness game starting at 7pm on Saturday.