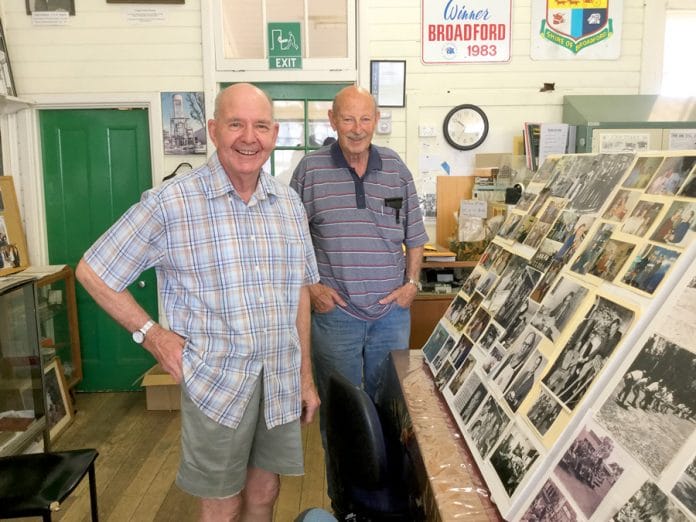 A shortlist by the State Government for the Victorian Community History Awards will recognise the hard work of the Broadford Historical Society preserving the history of the town.

Broadford and District Historical Society spokeswoman Margrette Inness said she was excited the group had been recognised for their work, especially in the remembrance of the Australian Paper Mill, originally the Broadford Mill.

“We’ve been shortlisted because we submitted a DVD on our Australia Day awards last year which focused on some of our projects including the featured Australian Paper Mills,” Ms Inness said.

The 10-minute film consisted of more than 100 photos of the history of the paper mill and was narrated by Graeme Neill.

Ms Inness said she was really proud of the finished product of the film, as highlights were brilliantly put together for the display by Mr Neill.

“The display was so brilliant, we had to keep it set up because people kept wanting to come and see it,” Ms Inness said.

Mr Neill said he thought it would be a good idea to compile all the photos of the paper mill’s history into a short film to educate people of its contribution to what Broadford was today.

“There was an opportunity to enter in the Victorian Community History Awards and because we had our exhibition on Australia Day, we thought it would be good to enter the DVD into the competition,” Mr Neill said.

“I thought it would be good to have a record of the history on DVD. I just talked about how it started to when it shut down,” he said.

The DVD was just one highlight of the Broadford Historical Society’s Australia Day Exhibition, which also included photographs, memorabilia, books and clothing.

Ms Inness said even if the Broadford and District Historical Society didn’t win an award it was still a great achievement to be short-listed.

Other competitors on the shortlist of 42 community history publications and 17 history projects include novel The Arsonist: A Mind on Fire by Chloe Hooper, The Football Solution: How Richmond’s Premiership Can Save Australia by journalist George Megalogenis and an audio tour of Ballarat and a property of Phillip Island.

All shortlisted community groups are in the running to win cash prizes ranging from $500 to $2000 with only one to be named the winner of the Victorian Premier’s History Award and a prize of $5000.

The winners will be announced on October 14.For more information, visit prov.vic.gov.au or historyvictoria.org.au.