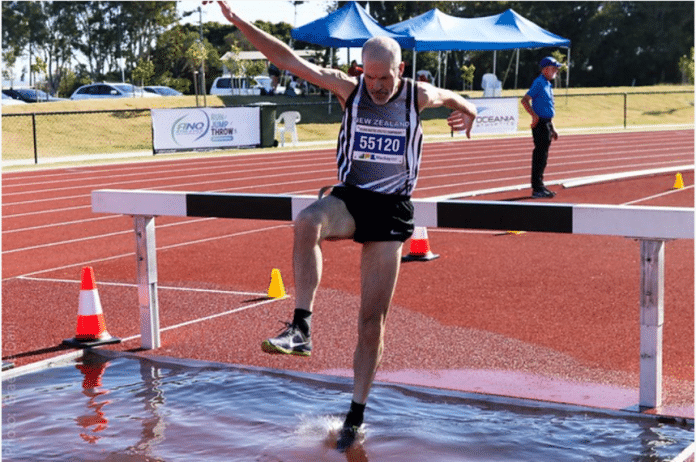 Returning from Queensland with a gold medal to show was a highlight of the Oceania Masters Athletics Championships for Graeme Sayer.

Mr Sayer, of Hidden Valley, competed in the 55-plus category in a three-kilometre steeplechase, and had the fastest finish time of the day.

He competed alongside hundreds of competitors from across the country, as well as New Zealand and Pacific Islands.

Mr Sayer said it was great to come home from Mackay, Queensland with a gold medal after enduring long training sessions through harsh winter conditions.

He said among other achievements, a highlight of his career was winning an Australian and New Zealand championship in the Steeplechase.

“My best achievement was winning at the World Masters Games in 2017,” Mr Sayer said.

“I’ve also had the chance to train with and compete against athletes who went on to Olympics and Commonwealth Games.”

Mr Sayer said while competing on and off for more than 40 years, he enjoyed creating friendships with other competitors, setting and achieving goals and the physical benefits of running.

“I originally started running at school to overcome breathing difficulties I had with asthma. Fortunately the exercise helped me,” he said.

He said he wasn’t planned on retiring or slowing down anytime soon, but instead wanted to continue training for his next events.

“Short-term I’d like to compete again in the Victorian and Australian champs next year, and maybe in the longer term defend my World Masters Games title in Japan in 2021,” he said.

Sports shorts from the Review