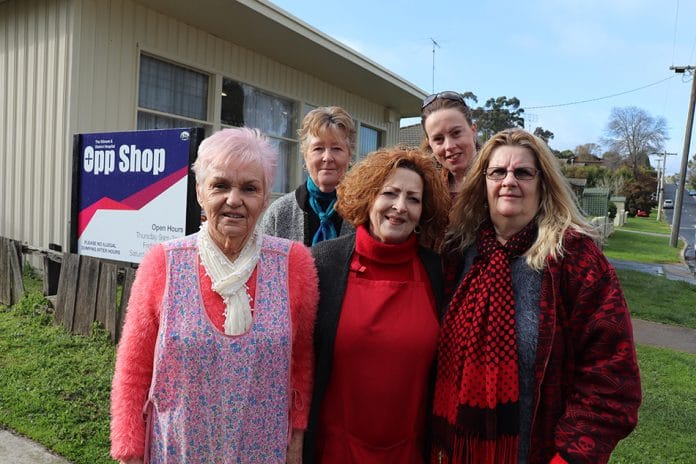 The Kilmore and District Hospital Opp Shop has re-opened after closing to repair fire damage to the front of the building.

The Albert Street shop reopened three weeks ago after repair works were completed to remove asbestos and fix windows and doors damaged by the deliberately-lit fire.

Some of the shop’s donated items were burnt or smoke-damaged forcing volunteers to spend their time cleaning up before the building works started.

The Kilmore and District Hospital Opp Shop volunteer Kerry-Anne Reece said it had been hard getting customers back to the store after a misleading Facebook post said the shop was being pulled down.

“We just opened up again but it’s hard getting the customers back in because someone had put on Facebook that we’d closed and the building had been pulled down to build units,” she said.

The Kilmore and District Hospital Opp Shop president Sylvia Freeman said she applied for a grant with Bendigo Bank to install security cameras to help secure the shop in future.

“The grant was for $2900. They’ve only been up for about two weeks and we already caught our first crook on camera,” she said.

“He dumped a lot of rubbish. It feels much better to have the cameras, especially now that we’ve caught someone.”

The Opp Shop opened in 2005 and has raised more than $600,000 for The Kilmore and District Hospital to buy new equipment, furniture and services.

Ms Freeman estimated the shop lost between $4000 and $5000 just from closing during the repairs.Closing the shop didn’t only affect raising money for the hospital, but also the people who need to buy vital items from the shop.

“It’s not just the customers, it’s peoples’ lives. At that time, we went through a really cold time so they usually come in here and get blankets and coats and all and they couldn’t get it,” Ms Reece said.

“Some of the days we were here cleaning up, people came in and we gave them things to help them. It was a bad period all around.”