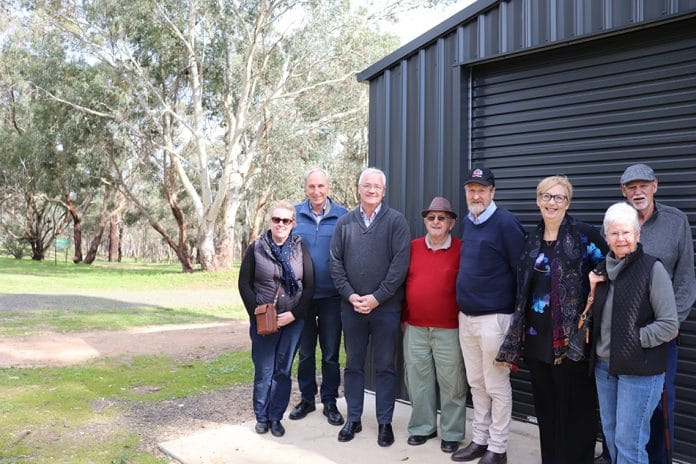 MEMBER for Nicholls Damian Drum headed to Broadford last week to meet with community members who are now included in his electorate boundary.

Mr Drum said one of the first issues he’d heard about was homelessness in the area.

“I spoke to a resident about homelessness, in particular the struggle for women fleeing domestic violence,” Mr Drum said.

“There’s the question of how victims are able to access the support they need and support for their children.

“It’s very difficult for victims to be able to rent a unit in the commercial market.  It’s a matter of trying to put together a policy to see these people through.”

The federal politician also paid a visit to the Nestle Factory, saying it was great to visit as he was ‘a lolly tragic’.

“It was nice to meet the people there, they’ve got a fantastic business. They’ve got a strong connection with their employees – there’s a lot of good will in that factor,” Mr Drum said.

“They do have challenges though – energy costs are impacting on their ability to be profitable.

“It was good for them to know that I’m around if they ever need help.”

The former AFL footballer and coach said he would be hosting National Party ministers in the Nicholls electorate in October.

“The beauty about being in government is you can bring the ministers through regularly,” he said.

“I’m bringing the entire national party team into the electorate at the end of October – there will be various ministers going off to see who’s doing what – it’s making sure people of the electorate get the chance to physically meet their MPs and the ministers making decisions that affect their livelihood.”

Mr Drum said he planned to see if he could bring plans for the tank museum in Seymour closer than the four or five year wait.

“This area has enormous capactiy, with its proximity to Melbourne, the river, there’s an ability to grow these areas using Broadford’s strengths,” he said.