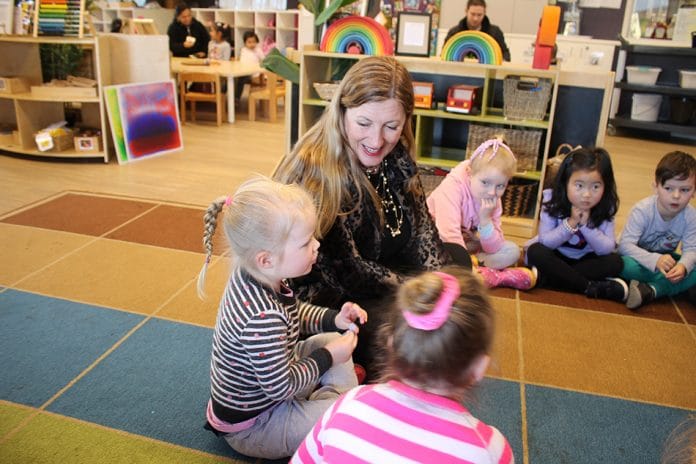 Students at Jindi Kindergarten in Mernda are learning the Punjabi Language as part of the State Government’s $17.9 program for early childhood language programs.

The programs provide weekly language sessions of up to three hours a week and will be rolled out in about 150 kindergartens.

The programs include in a range of languages including Mandarin, Punjabi, Arabic, Italian, Vietnamese, French, Spanish, Auslan and Aboriginal languages.Member for Yan Yean Danielle Green visited the kindergarten to see young children practice the Punjabi language.

She said it was a great way to share her language and culture.

“It’s great to share my language and I feel very proud to share it with children from all different cultural backgrounds,” she said.

“One young boy I teach who is of Punjabi background was originally not confident sharing that his parents spoke Punjabi at home, and now he always comes up to me and confidently speaks Punjabi with me.

”Jindi Kindergarten manager Krystal McIntosh said Aman was the best person for the job and the children were loving the lessons.

“We have reached out to the Department of Education and other centres who are doing the program – we’re on the forefront and we’re doing really well,” Ms McIntosh said.

Pacers want to be the force in the north