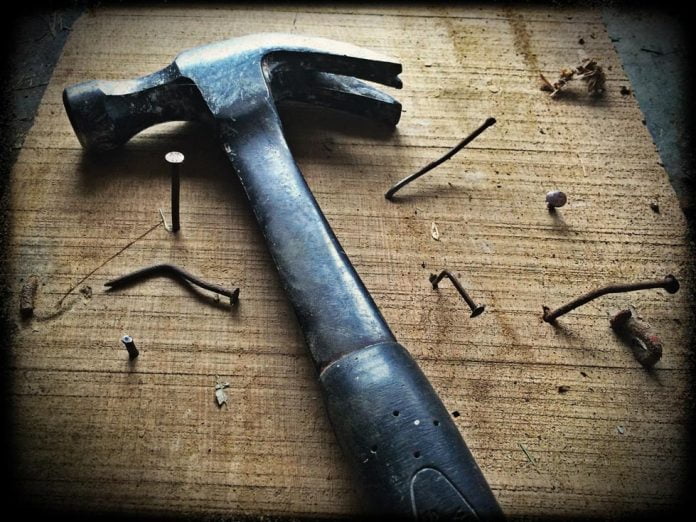 KILMORE Mitre 10 is hoping to become a trade hub for an area that’s experiencing the most rapid growth in its history.

The hardware store has opened its new trade-focused warehouse in Kilmore, which caters to tradies for quick pickups or deliveries.

Kilmore Mitre 10 director Simon Meyer said he had gradually been building the business into a more trade-focused business over the past four years.

“We’ve really focused on having the materials that builders need to have in stock and undercover so they’re protected and ready to go,” he said.

The new warehouse on Anvil Court runs as a pick and pack or dispatch-only site, which means customers can’t shop there but can collect goods.

Orders are placed in-store and stock can either be picked up or delivered.

The massive new warehouse, at 2500 square metres, is one and a half times the size of the current retail site in Powlett Street, and currently holds enough timber to build 100 houses.

“We needed to have more available and to be able to react faster so that we’re not constantly trying to get things in for people, we’ve got the majority of it available at all times.”

Planning for a new addition began two years ago, but the site only became available in October and after stock, racking and equipment was put in place, it only became operational in the past few weeks.

“The few builders who have been lucky enough to go down there to pick up stock, that we’re been able to supply directly onto their vehicles, have been very impressed with what they’ve seen and the volume and stock quality we have on hand,” Mr Meyer said.

“We’re expanding on what we have had but making sure we have the fast-moving lines in volume so we’re never caught short.

“We really want to be able to give the public here in Kilmore more than what they think we can give them.

“We try to pack a lot in and try to make sure that our value is as close as we can get it to the biggest competitors in hardware.

“Instead of driving half an hour down to the next biggest retailer, just give us a chance first and we might surprise you.”