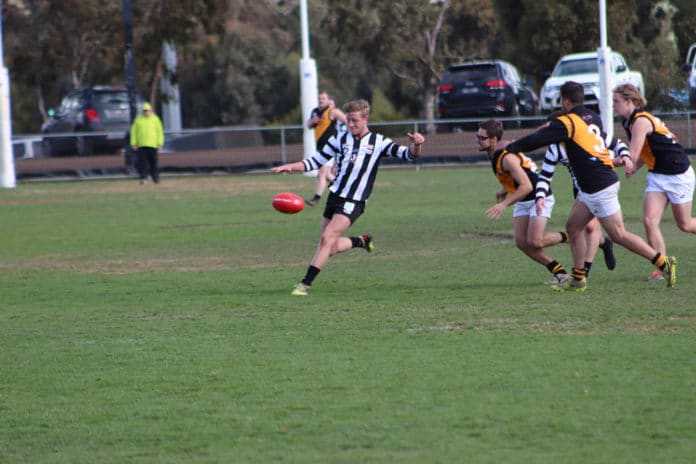 The Riddell District Football Netball League season is set to get underway on Saturday with Diggers Rest aiming to defend its premiership, while the rest of the league nips at its heels.

After finishing fourth on the ladder with a 12-4 record and ending the season with an elimination final loss to Macedon, Wallan is hoping to run deeper into the finals in 2019.

The Magpies have lost RDFNL Bowen Medallist and club best and fairest Jesse Davies to Craigieburn while Sam Rexhepi and Heath McKerchar have moved on to Lalor and Hadfield, respectively.

Wallan assistant coach Spencer Mathieson said the club’s had strong turnouts at training, with more than 70 players attending over 20 of the club’s training sessions over the summer.

“With these excellent numbers last season and this preseason, competition for spots has been at a premium across all sides, which is something we see as very healthy,” he said.

“The most exciting aspect about coaching at Wallan is the amount of quality young players coming through our system. Our Under 19s have played in the last two grand finals.”

Mathieson said head coach Daniel Nolan would continue to push the young players and give them opportunities in the seniors.

“Young players to watch are reigning RDFL Rising Star Nathan Fowler, Corey Grindlay, who was third in the best and fairest last year, and Patrick Mahoney, who we now get full time after he was committed to the Calder Cannons during the last two seasons,” he said.

Wallan kicks off the season at home against local rival Broadford on Saturday.

Romsey, too, is hoping to push further into the finals after the Redbacks also were eliminated in the first week of the finals in 2018.

Spots will be at a premium, with the club bringing in VFL players Nathan Blair from Coburg Lions, 2014 Footscray premiership player Mitch Jensen from Wangaratta and Joel Naylor from Northern Blues. Blake Henderson has also returned from Melton Centrals after playing in Romsey’s 2011 premiership side.

“That was one of the keys, not just good footballers but good people that would be a good fit for our group and we’ve been fortunate for those guys to jump on-board,” he said.

“The majority of our players played junior footy at Romsey and our focus has been to keep it local.”

The Redbacks brought in a strength and conditioning coach in the offseason, hoping the extra fitness will make a difference over the gruelling season.

“At the moment it’s made a difference but time will tell as the season goes on. At the moment, we’re fit and ready to go and looking forward to it,” Jedwab said.

“We’ve had a big preseason, bigger than we’ve had the last couple of years as far as workload is concerned and I guess we’ll see the benefits as time goes on.

“We think we’ll improve but it depends on the rest of the competition… We want to play deep into the finals. That’s our plan but that’s the plan for 12 of the clubs in the competition.”

The Redbacks start the season with a bye before travelling to Rupertswood in Round 2.

Lancefield will be looking to build through its local youngsters, with the club entering an Under 19s team in 2019.

Lancefield president Clark Todd said the club wanted to improve from within.

“The only way we can improve is to build from within. Now we’ve got 19s on board, we’re attempting to rebuild with the youth in the community,” he said.

“That experience will filter into the seniors. Instead of spending lots of money, we’re trying to build from within. There are some good Under 19s players that will be the future of the club going forward.

“We’re more community-based. We don’t want to import and pay lots of money. Building from within the community is our aim.”

The Tigers have had a decent showing in their preseason matches, with a loss to Northern Football Netball League side Hadfield and comfortable wins to both the Under 19s and seniors over Keilor Park.

Lancefield takes on Woodend Hesket at home on Saturday, hoping to start the season on the right foot.

Broadford have brought in Jamie Kelly to take over the coaching job from Skip Bray and are looking to improve its record from 1-15 last year.

The Kangaroos have brought in Jayden Welch from Yarra Junction and Jake Hall from Wallan, among others.