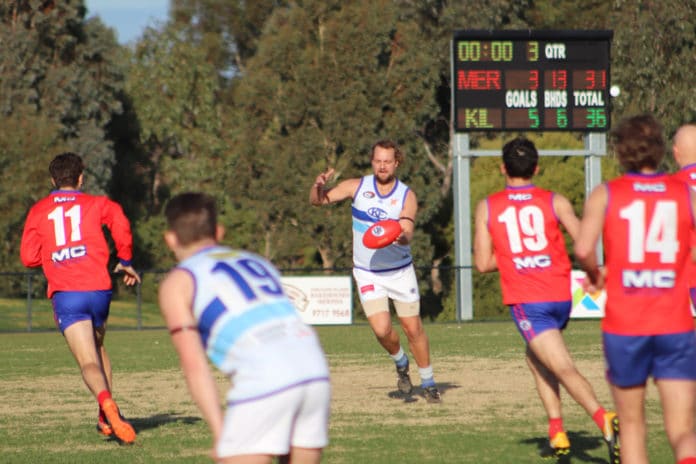 The Northern Football Netball League season kicks off this weekend, with Whittlesea hoping for success after being relegated to division two, and Kilmore, Laurimar and Mernda all aiming to improve in division three.

Whittlesea was relegated to division two after finishing 2018 with a 2-16 record and a wooden spoon in division one.

New coach Blair Harvey said there had been some changes behind the scenes with the way the club trained and recruited.

“A lot of things have changed. The way we’ve recruited has been a lot different than how we have in the past,” he said.

“We’ve recruited eight guys between 17 and 20, looking to build something that’s going to be sustainable for a long time to come.”

Lachlan Beattie and Harrison Jarvie have come to the club from Yea. Jarvie won Yea’s best and fairest as a 17-year-old while Beattie represented AFL Yarra Ranges in interleague competition.

Blake Fitzgerald and Sam Indian have come over from South Morang after coming first and second in the club’s Under 17s best and fairest. Jye Adamson has also joined the club from Berrigan in New South Wales.

“The club was very disappointed about going down but it’s going to be a hard challenge. It’s not easy to bounce straight back up,” Harvey said.

“The plan is to do that but there’s some good sides in division two that have recruited very well so the standard is a lot stronger than what it’s been in years gone by.”

Comfortable wins over Wangaratta Rovers and Grovedale have put the Eagles in good stead to start the season well on the road against Epping on Saturday.

Laurimar is hoping to improve on its semi-final appearance in 2018 with developing youth complementing new recruits.

The Power have added some experience in Kieran Sheehan from Watsonia and Joel Regan from Tongala, and some youth in Jordan Wilkins from Epping.

Coach Justin Sherman said he was looking for another finals appearance in 2019.

“We want to play finals again, there’s no doubt about that,” he said.

“We want to be a consistent finals performer but there’s a lot of hard work to be done and we’re under no illusions that we have to be at our best to play finals footy.

Laurimar hosts Reservoir on Saturday’s opener coming off a loss to Ballarat side Springbank and a win over Kinglake in the club’s two practice matches.

Kilmore is in a good place to improve on last year’s 7-9 season, with a solid recruiting class and no major losses over the off-season.

Shane Skidmore, Nick Zaharakis and Taylor Egan are committed to the Blues full time after fulfilling their school footy commitments.

Centre half-back Steven McIntyre has come across from Eltham, forward-midfielder Luke Chapman has made the move from Craigieburn and ex-Assumption student Chris Ryall has come in from Caulfield.

Coach Nathan Phillips said the lack of turnover was a good sign for the club.

“We’ve resigned the majority of the list from last year which we did prior to last season finishing, which is a good sign that everyone wants to stick around,” he said.

“We haven’t had to recruit too heavily but we’ve added some quality so we’re happy with where we’re at.

“Last year, we were a young side and we had maybe 13 or 14 guys playing their first year at the club but I think the fact we’ve all had a season together means we’ll be able to get a little more continuity in our game and guys are going to understand everyone’s strengths and weaknesses.”

Kilmore cruised to a win in its first practice match against depleted WRFL side Sunshine Heights and suffered a loss to rival Wallan in its second hit-out.

The Blues open the season at home against South Morang on Saturday.

Fairytale over for Wallan