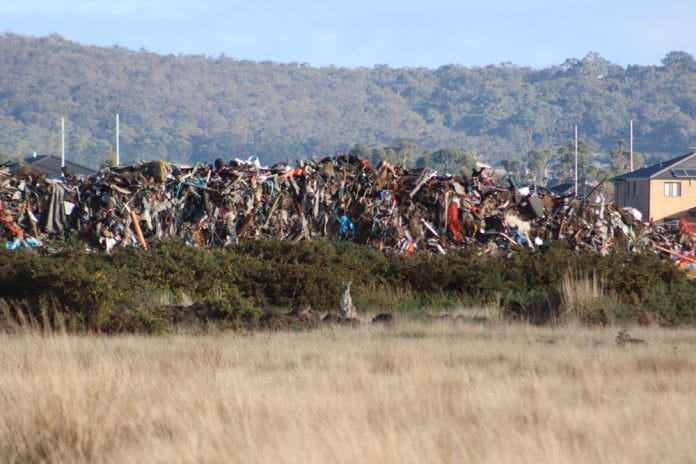 Clean up notices have been issued to a property developer over the unlicensed deposit of industrial waste at a site on Station St, Wallan.

Residents have grown concerned with the piles of rubbish near the Newbridge estate which appear to contain demolition waste and tyres.

An original notice was issued by the Environment Protection Authority Victoria in August 2018 after a pollution report from a member of the public.

A Wallan resident who did not want to be named told the North Central Review he called the EPA who said it was a council matter and council said it was handed back to the EPA.

“With all this trouble we’ve had with factories and fires, if there’s asbestos or chemicals, the residents of Wallara Waters and Newbridge will be impacted,” he said.

“The most recent clean up notice requires that all industrial waste on the premises be removed to a facility licensed or permitted to accept it,” she said.

“An infringement notice was issued in 2018 for dumping, discarding, depositing, abandoning industrial waste at a site not licensed to receive it.”

“In this instance, due to the nature of the waste, council referred the report to the EPA for investigation. The hazardous waste has been removed and it is Council’s understanding that an EPA investigation remains open,” the spokesperson said.

“Council takes any illegal dumping seriously and any company or person found to be disposing of waste illegally could face heavy fines.”

January concerts to draw a crowd