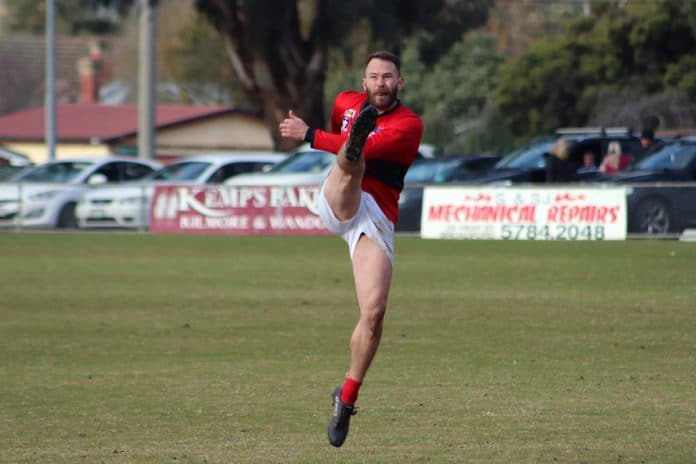 Romsey’s run continued with a 125-point win over Broadford at Harley Hammond Reserve.

The win is the Redbacks’ eighth in a row and takes them a game clear on top of the RDFNL ladder after Diggers Rest’s loss to Macedon.

Broadford remain ninth on the ladder with the loss, a game clear of Lancefield.

The Kangaroos were able to stay close to the ladder leaders in the first half.

“They gave it a real crack and we knew they would. They’re an improving side, they’ve got a lot of young fellas coming through,” he said.

“We weren’t able to play the way we wanted to play in the first half and that was Broadford’s doing.

“Broadford were playing well and we were just turning the ball over a little bit, trying to make things happen.

“Once we settled that down and got into our groove, we came out with a bit more aggression at the football and that gave us our footy instincts back and it was a much better second half.”

O’Sullivan said he was impressed with the performances of two youngsters coming up from the under 17s to fill spots opened by injuries.

“Kane Brinkhuis and Jack Thorson came into the side and played well. We had a few players missing so they came up and certainly looked the part which was goof for the future of our club,” he said.

The Redbacks host Wallan next week in an RDFNL blockbuster.

“We look forward to playing the good sides, that’s for sure so it’s another chance for us to get out there and keep improving,” O’Sullivan said.

“We don’t feel like we’re playing our best footy at the moment, but that’s mostly due to our opposition because we’ve had a fairly big month with games and that continues next week.”

Eagles stumble on the road