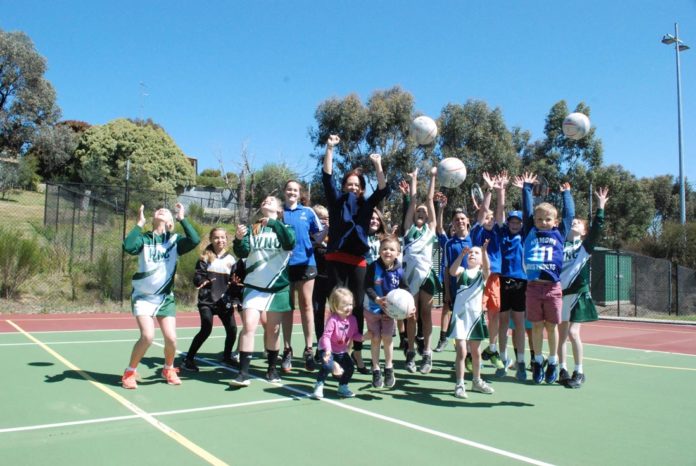 WANDONG and Kilmore sporting groups are big winners following the announcement of funding close to $900,000 from the Community Sports Infrastructure Fund.

Representatives of the Wandong tennis, netball and football clubs were joined on the Wandong tennis courts by members of Kilmore Little Athletics and the Kilmore Football Netball Club to hear the funding announcement.

The project, totalling $546,000, will be delivered by Mitchell Shire Council to ensure that the netball courts and lighting are brought up to competition compliant standard.

Ms Symes said that she was pleased for the communities of Wandong and Kilmore.

“These are exciting projects that have come to fruition following conversations between Mitchell Shire, the clubs, and myself and the Minister for Sport. The upgrades will go a long way in not only benefiting current players but also future members of these growing clubs,” Ms Symes said.

Cr Sanderson agreed saying that council was working hard to improve sporting facilities across the eight major reserves in the shire.

“It is great that we can join in this venture with the state government as our funding partners to bring these important projects for Wandong and Kilmore to fruition,” Cr Sanderson said.

“Both towns have growing communities with an increasing involvement in sport and it is through the hard work of the communities and their club representatives that we are able to announce funding here today,” Cr Sanderson added.

“The lights will have the capacity to upgrade to 100 lux that will result in greater use of the oval. The Kilmore Football and Junior Football clubs’ 350 plus players can soon train day or night,” Ms Symes said.