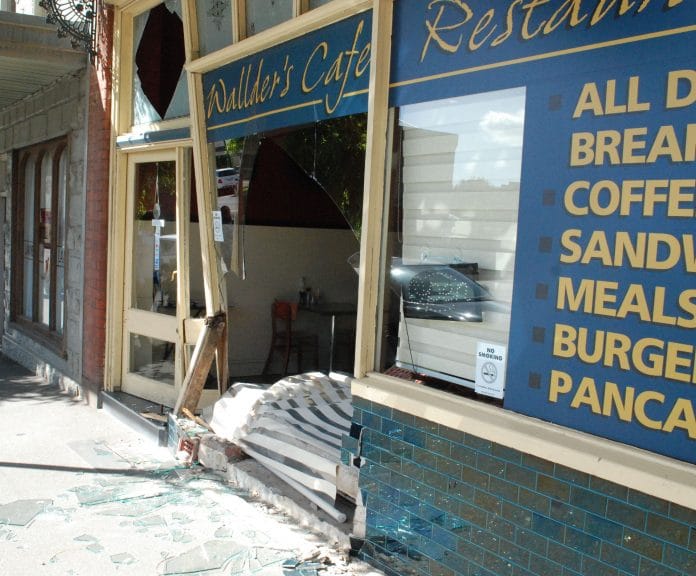 UPDATE: OWNERS of the Wallder’s Cafe have taken to Facebook to thank neighbouring businesses and family for their help during yesterday’s ordeal.

They also paid tribute to the builders who came to secure the shop before dark.

“Also, the boys from builders team who came to secure the place in such short notice, who came to assist with the incident that occurred,” the post said.

“Thank god it all happened after hours and everyone is safe.

“We are sad to inform our customers that we will be closing until the cafe can be properly repaired.”

EARLIER: A PEDESTRIAN near a business in Kilmore has avoided a collision with a runaway vehicle only to watch it crash into a shop front at about 4pm on Wednesday.

A white vehicle parked across the road allegedly was left to rest without its hand break which has caused it to roll down across two lanes, up a gutter and into a shop.

No one has been reported as injured.

A witness exclusively told the North Central Review she herself had a near miss with the vehicle before watching it crash into the business in her rear view.

“It came rolling across the road, and I had to try avoid it,” she said to a reporter at the scene.

Police had been called at time of publication.