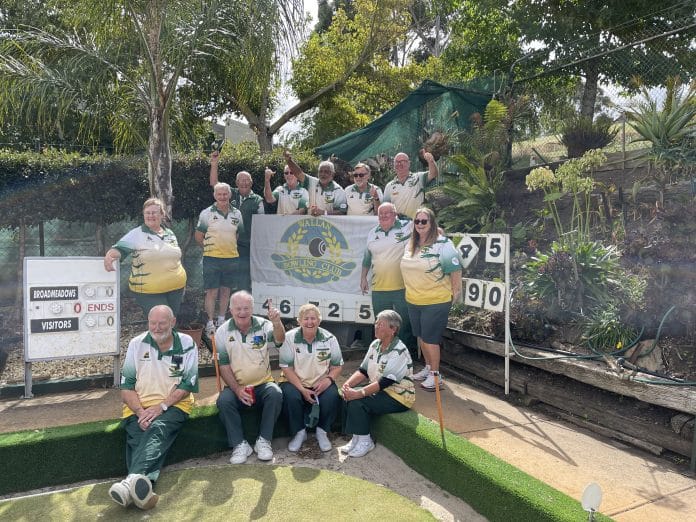 WITH its work cut out, Wallan Bowling Club’s Midweek Pennant side claimed the divisional grand final, with a 72 to 46 shot victory against Melbourne Bowling Club on Thursday.

Melbourne Bowling Club boasted a similar season record to Wallan, and its midweek side contained players who had participated in the weekend premier division grand final win on the previous Sunday.

Brian Smethurst’s rink led the way for Wallan, establishing an early 19 to four shot lead and then kept its opposition at bay to record a 15-shot win.

Geoff Symons’ rink, which had its early troubles in the semi-final before coming home strongly to just lose, were out for redemption in this game.

After leading eight to six after 11 ends, the side played perfect bowls for the remainder of the match and did not concede an end, eventually running out 26 to six winners.

Club secretary Peter Glass’s rink struck the aforementioned opposition premier division players but, despite trailing three to 18 shots after 10 ends, reduced the deficit to nine at the conclusion of the match.

The side made the grand final after a 61 to 40 shot win against Bacchus Marsh in the semi-finals last Tuesday.

Strongly led by Smethurst’s rink, which jumped out to a 16 to one lead after 11 ends, and Peter Glass’ rink, which enjoyed a six shot lead after 12 ends, both teams were able to maintain their ascendancy to win their rinks by 14 and three shots respectively.

The third rink, skipped by Geoff Symons, found the going much tougher and, at one point, trailed one to 14. However after the lunch break, they regrouped as a team and played some inspired bowls to reduce the gap to only five shots by the end.

Glass commended the effort of the entire club for a successful season against some of the best metropolitan sides.

“For a small club like Wallan to have three of its four pennant teams play finals in their first year in the competitive metropolitan competition is indeed an outstanding feat,” he said.

“Additionally, the weekend division four side won 16 out of 17 contests, whilst the midweek grand final team won 18 games straight, both of which are remarkable efforts.

“As both the weekend and midweek teams won their respective sections, they will be promoted to a higher division next season.

“The club would like to hear from any bowler who believes they can contribute to helping Wallan tackle the new challenges the club faces in the higher competition next season.”

Broadford goes back to the drawing board after bowls loss