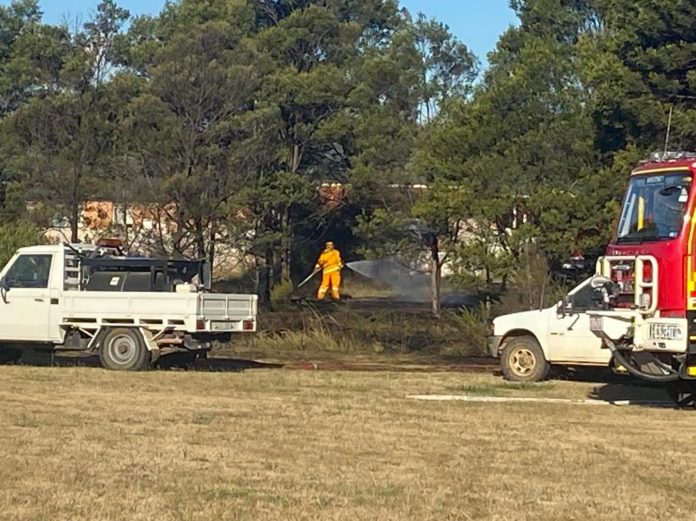 KILMORE Fire Brigade captain Hayden Dally has called for people to think before flying a drone near a fire after an incident on Sunday evening.

Country Fire Authority, CFA, fire fighters responded to a grass fire that started in a reserve between the Kingsgate and Willowmavin housing estates in Kilmore at about 6.15pm on Sunday, threatening a Rose Court property.

The fire burned an area of about 100 metres by 50 metres but was quickly brought under control by fire fighters.

The cause of the blaze is unknown, and a CFA fire investigator was due to examine the site yesterday.

Mr Dally said the biggest issue had been the presence of a drone hovering over the fire site.

He said people flying private drones had become more of an issue for the CFA in recent years.

“We know there are recreational drones out there, but if there is a fire we don’t want people flying them over it.

“We want to get the message out there that people shouldn’t fly over a fire scene because our aircraft then can’t fly.

“People don’t always think before they do something like that. It’s a constant problem, and the more awareness that comes out, the better off we are.”

Kilmore Fire Brigade yesterday shared a post on its Facebook page urging people not to fly drones in a fire zone.