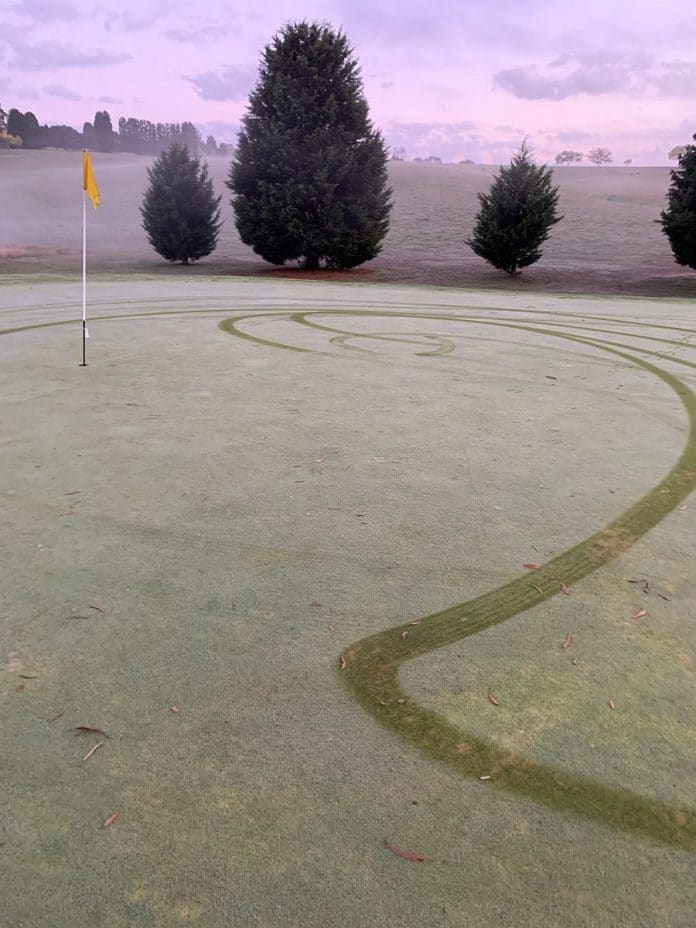 Hidden Valley Golf and Country Club was struck as part of a spate of vandalism on golf courses last weekend.

On the same weekend Kilmore Golf Club suffered vehicle damage to its fourth and fifth greens, Hidden Valley’s course was also damaged with tyre tracks on its 10th green and fairway.

Hidden Valley Golf and Country Club general manager Stephen Roberts said while the damage wasn’t as extensive as that to other clubs, it was still frustrating and disrupted golfers on last Sunday.

“It was relatively minor, it could’ve been a lot worse but it’s still annoying,” he said.

“Our team got straight onto it on Monday morning and did a number of different things which reduced the extent of the damage.”

The club has contacted police and is looking at surveillance footage to try and identify the culprit.

Mr Roberts said it wasn’t the first time the course had been damaged by vehicles driving on it with previous instances creating more significant damage.

“In this case it was probably in the hundreds of dollars to repair the damage but at other times it’s been way more than that,” he said.

“We’ve spent a lot of money on the course in the last few years and a lot are saying that it’s never looked better and then a setback like this is frustrating for everyone.

“I think it probably seems like fun idea at the time to some people but they don’t think about the effect it has on others.

“For me, it’s a frustrating setback and our team did a good job in repairing the issues and they’ll recover in a couple of weeks.”