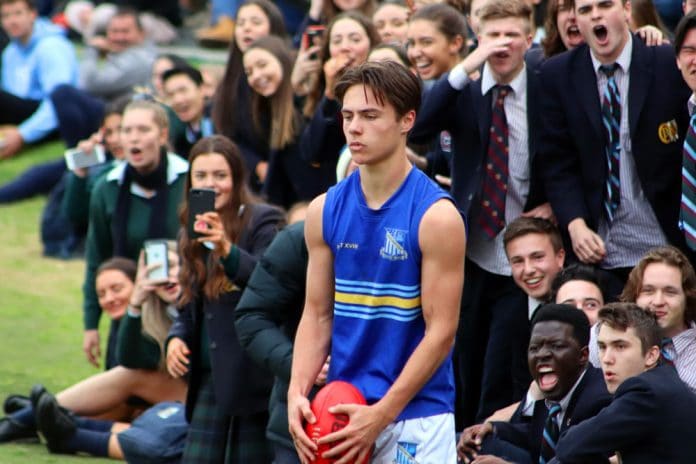 The clash kept a very large crowd on its toes.

There were a good number of Assumption followers including past players on the sidelines.

The scores were close at half-time and straight after the long break, the Blues slammed on three quick goals to lead by 16 points.

At the final change, ACK was seven points clear but the home side finished strongly to claim victory.

PEGS are hard to beat on their home arena, which has a fortress-like feel for major games.

Both sides threw their all into the contest and there were some fine passages of play. There was no real reason for the PEGS inaccuracy as only a very slight breeze prevailed.

Coach Kevin Fitzgerald has done a fine job following on from Bulldog legend Scott Wynd who guided ACK to the 2014 premiership.

Third in 2018 and now runner-up in 2019 means that Assumption football is well and truely returning to prominence.

Assumption’s remaining game is the August 18 interstate clash with Sacred Heart College Adelaide. This is always a high-class spectacle.

Among the keen ACK fans at the final was Mick O’Connor from Mangalare. Several boarders in the Assumption side reside in O’Connor House, named in memory of his son Eammon – the 2011 captain who tragically lost his life a year later.

A pathway for football young guns