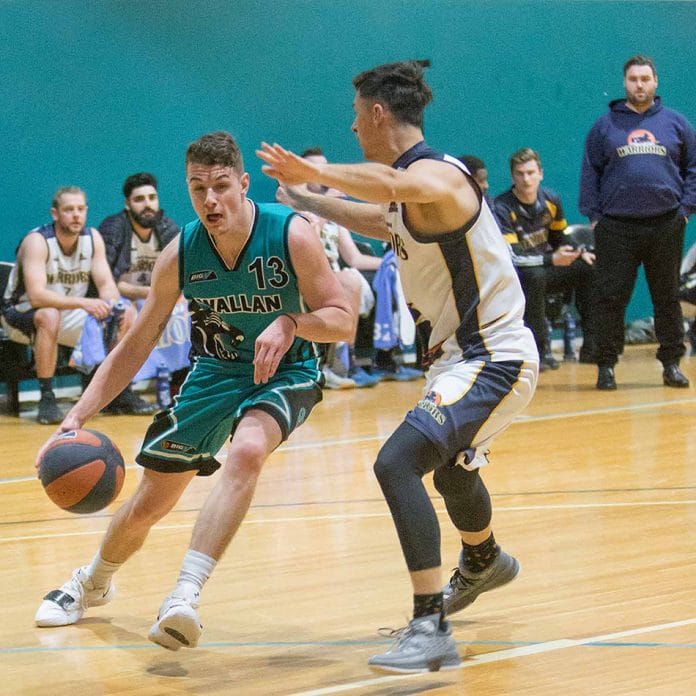 Wallan Panthers’ men weren’t able to play their way into a home final after a 111-85 loss to Southern Peninsula Sharks on the road.

The Sharks led wire-to-wire and the Panthers couldn’t get a look in after being outscored 41-24 in the first period.

The Panthers were able to hold off the Sharks in the second period, but the lead quickly blew out to 28 points in the third.Wallan had problems stopping the Sharks down low, getting out-rebounded 52-38 and outscored 60-36 in the paint.

While the turnover count wasn’t too lopsided with 14 Wallan turnovers to 11, the Sharks capitalised on their opportunities, scoring 25 points from turnovers to 7.

Wallan coach Carey Paps said the Panthers were behind the eight ball from the first quarter.“The first quarter cost us the game, our defence was really poor.

They came out firing and shot 71 per cent in the first but we didn’t make the adjustment until the second,” he said.

Leigh Saffin led the Panthers in scoring with 17 points along with five rebounds while Trace Cureton was Wallan’s best inside presence with 13 points, nine rebounds and six assists.

Wallan now prepares for an elimination final at arch-rival Craigieburn on Saturday night.The Panthers split their two meetings with the Eagles, winning the first at home 84-70 in May and losing the second 80-70 on the road in June.

Paps said while it was disappointing not to have a home final, it was the next best thing to be playing at Craigieburn.

“One positive about the loss is our family and fans can travel to Craigieburn for the final so we should get a good crowd,” he said.

“It should be a good atmosphere, that’s what finals are about. Craigieburn are going to be tough, they have been all year.

“You’ve got to play defence in finals. If we get into the system that we know, we should be okay but it’s just playing our style of basketball.

“It’s a tough game and we really have to be on our game to beat them.“I hope our fans come down and support the team, we had a good year and want it to keep going.”

Whittlesea teenager heads to US on basketball scholarship